As environmentalists team up to stop Maya train, AMLO hits back 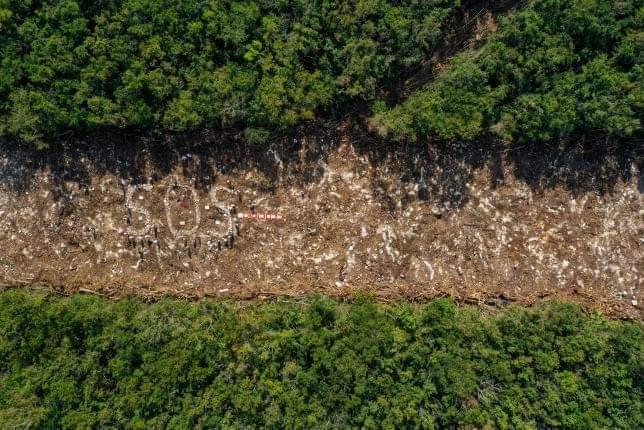 A widespread media campaign to stop the ongoing construction of Mexico’s 200bn-peso (US$10bn) Maya train over alleged environmental impacts has become President Andrés Manuel López Obrador’s latest obstacle in his attempt to complete the 1,500km rail line in the Yucatán Peninsula by 2024.

In response, the president, who is known as AMLO, unleashed a campaign of his own to discredit what he calls “pseudo-environmentalists.”

Although this is not the first time the government is accused of violating environmental norms with the project, the feud has gathered national attention due to the parties involved – including well-known actors and artists.

On March 22, several Mexican artists and activists appeared in a video uploaded on social media asking the president to stop the construction of the line’s fifth stretch, which will run 121km from tourism hub Cancún to Tulum in Quintana Roo state.

Along with the video, the movement, dubbed Selvame del Tren, launched a petition via change.org that claims the project will have four major environmental impacts, namely deforestation, destruction of the region’s aquifers, the extinction of flora and fauna and over-urbanization.

While the accusations have focused on the rail line’s fifth stretch, which was modified this year following requests by hotel owners on the Riviera Maya coast, the NGOs that make up the movement acknowledged in their petition not knowing the complete details of the entire route.

“Although the lack of certainty about the final outline of the project prevents identifying the specific impacts that could be caused to the habitat and to the terrestrial and coastal ecosystems, it is possible to identify that the Maya train will cause various risks and environmental impacts,” the petition says.

Among the organizations that have thrown their support behind the movement is Ocean Futures Society, founded by well-known oceanographic explorer Jean-Michel Cousteau, which said last week that it backs the environmentalists and celebrities that are asking the president to stop the project.

A day after the campaign started, the president discredited the movement’s intentions by saying his political opponents were now looking to stop the project following the opening of Felipe Ángeles international airport (AIFA) near Mexico City on March 21.

He recalled that when former president Enrique Peña Nieto (2012-18) attempted to build a US$14bn mega-airport over the dry lake of Texcoco, “no one” opposed it.

“When did these artists, pseudo-environmentalists, speak out for the destruction that was going to be carried out on Lake Texcoco? When? We are talking about the lake with the most history, it is the origin of Mexico Tenochtitlan [the former Aztec empire capital and site of Mexico City’s historic center]. When did they say something? Never nothing,” said AMLO. The president canceled the airport project soon after taking office in late 2018 and AIFA is designed to alleviate the city’s air traffic.

The AMLO administration is currently working on the rehabilitation of Texcoco Lake, which will be turned into Mexico’s biggest ecological park through a 10bn-peso project. The leftist leader also recalled that his government has vowed to plant 200ha of trees along the Maya train route, expand the Calakmul nature reserve in Quintana Roo and build another national park in Tulum known as Jaguar.

To add more fuel to the fire, the environment ministry released a statement on Friday with the title ‘Where were the pseudo-environmentalists when the true devastation of southeastern Mexico began years ago?’

The ministry then listed a series of environmental catastrophes in which, it said, environmentalists did not make the same efforts to stop the damage as now.

Environmentalists have complained before about the construction of the rail line and even managed to obtain several temporary suspensions on stretches of the route. A federal court recently suspended environmental authorizations for work that has already started on the first three sections of the passenger and freight rail line, spanning more than 400km from Palenque in Chiapas state to Izamal in Yucatán via Tabasco and Campeche states.

However, the media campaign against stretch five emerged after the government agreed to change the route in January to run on the western side of the Yucatán Peninsula instead of in the middle of federal highway 307, which leads from Cancún to Chetumal.

The original plan involved the line being built on land with government rights-of-way that has been affected by construction works, such as the highway. But after Tulum hotel owners complained that works on the only highway connecting the three main tourism hubs of Quintana Roo – Cancún, Tulum and Playa del Carmen – would affect their business, the option for the line to pass through the jungle was chosen.

The final route, however, has not been presented as the agreement with hotel owners has not been closed. But the NGOs have shared images of what they say are hundreds of trees already chopped down in the southern area of the Cancún-Tulum stretch, casting doubt on AMLO’s promise to preserve the environment.

Stretch five was divided into two contracts, the northern and southern sections. The first, from Cancún to Playa del Carmen, was assigned to the defense ministry, while the second, from Playa del Carmen to Tulum, was awarded in 2021 to a consortium led by Grupo México subsidiary México Compañía Constructora for 17.8bn pesos (US$869mn).

The area that will supposedly be damaged concerns the segment awarded to the Grupo México-led consortium.

Companies throughout Latin America and the Caribbean survived the pandemic by cutting back on investment, which reduced capital levels and now thre...

Want to read more information about As environmentalists team up to stop Maya train, AMLO hits back?