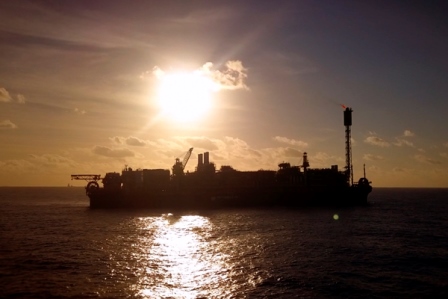 China is strengthening its position in Brazil’s oil and gas exploration and production industry.

Located in the Santos basin pre-salt and operated by the federal oil company, Búzios is the second largest field in the country, with output of 725,617boe/d registered in October – only behind Tupi, where production in the period was 1.107Mboe/d (millions of barrels of oil equivalent a day).

But, unlike Tupi, Búzios has an ascending production curve, as several new FPSOs are scheduled to come online in the field by 2026 and beyond.

Petrobras’ current business plan projects that Búzios’ production will reach over 1.7Mboe/d in 2026 or a third of the company’s total output. Capex for the project between now and then is US$23bn.

China is also present in Búzios through CNODC Brasil Petróleo e Gás, which holds a 5% stake in the project’s surplus volumes contract.

In the case of Búzios’ shared deposits, which include the transfer of rights contract and the BS-500 concession, the Chinese firms' interests are 3.67% (CNODC) and 7.34% (CNOOC).

Both companies have 5% stakes in another local E&P highlight: the Mero field, in the giant Libra block, also operated by Petrobras.

In the next four years, another three floating platforms are programmed to start producing in the pre-salt field: Sepetiba, Marechal Duque de Caxias and Alexandre de Gusmão, each capable of producing 180,000b/d of oil and 12Mm3/d of natural gas.

According to data from regulator ANP, CNOOC and CNODC currently produce around 130,000boe/d each in Brazil.

Other possible output growth fronts for the Chinese groups are the exploration blocks in their portfolios in the Espírito Santo (ES-M-592) and Santos (Peroba, Alto de Cabo Frio Oeste, Pau Brasil and Aram) basins.