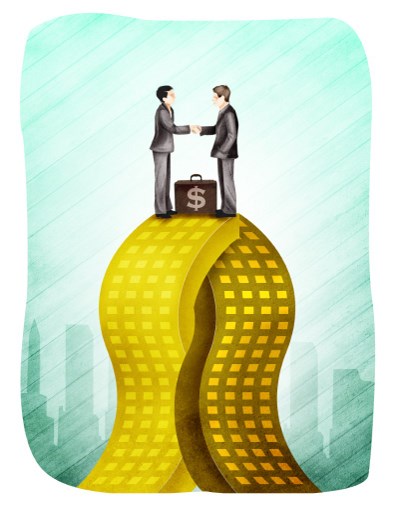 After seeing an acceleration in the creation of unicorns last year compared to the previous year, Brazil is expected to see a decline or even a halt in the rise of these companies due to the COVID-19 crisis.

On the one hand, the generalized drops in stock exchanges have affected the values of many companies, not just listed startups but also investors, while, on the other hand, the economic fallout generated by the pandemic will lead to an uncertain scenario that could affect large investments, if not investment across the board.

“Venture capital allocations will continue to take place. There's a lot of opportunity, a lot of money circulating and a lot of money needing to be invested. What may happen is that we see smaller deals, with VC of up to 2mn reais [US$380,000]," Kieran Gartlan, managing director at agritech investment group YieldLab, told BNamericas.

According to consultancy KPMG, 2019 was a record year for unicorns around the world and 27 countries now have startups valued at US$1bn or more.

With five new startups joining this rank, Brazil was ranked among the top three countries producing unicorns last year, KPMG said in its report "Race of the Unicorns".

The numbers differ from other institutions, who consider that Brazil already has dozens of unicorns, with the difference coming in the criteria used.

For some, payment firms like PagSeguro and Stone are not unicorns because they are publicly traded companies, while unicorns, by definition, are exclusively privately held firms, with this latter concept being adopted by KPMG.

"For a privately held technology startup to reach a market value of US$1bn and be considered a unicorn, it is necessary to receive significant capital injections. The lower interest rates in various countries around the world have made traditional investments less attractive and encouraged companies to take greater risks, which helps explain the increasing availability of investors," Robson Del Fiol, managing partner and head of emerging giants at KPMG in Brazil, said in a statement.

According to the consultancy, there has never been so much available investment in the market for innovation, startups and venture capital in Brazil.

Worldwide, the volume invested in venture capital reached US$287bn in 2019, surging from US$36bn at the beginning of the decade. Almost half (50%) of all unicorns are in the US and a quarter (25%) are in China.

KPMG notices that most Brazilian startups are B2B firms, while unicorns are primarily B2C.

Meanwhile, Nubank may already have reached the status of a decacorn, a title reserved for startups valued at US$10bn or more, of which there are thought to be just 22 in the world.

At the same time, KPMG said that less than 1% of the Brazilian startups that receive venture capital investments reach unicorn status, and some even close down after receiving investments.

In a separate analysis, KPMG said that the COVID-19 crisis should not have a great effect on payment companies, which comprise the majority of the fintechs operating in the region.

“In the current global and local scenario determined by the coronavirus crisis, clients still have their financial needs and this includes having payment service providers that facilitate payment management and respond to their liquidity, investment and coverage needs, including health coverage," wrote Maria Gabriela Saavedra, lead partner of financial services at KPMG Argentina.

"That is why, in these circumstances, the development of digital solutions at the service of customers becomes a key factor, and fintech companies have a lead in this. New alliances will dominate the market to make efficient use of the platforms already developed by the different fintech companies in the different types of financial services. Again, innovation and the ability to transform in order to respond to these new market characteristics will be in a differentiating factor," added the analyst.

A fifth of them will be sunk in the Potiguar basin, in the country’s northeast.

Want to read more information about Could coronavirus rein in Brazil’s galloping unicorns??