How the market views Petrobras’ exit from the petrochemical business 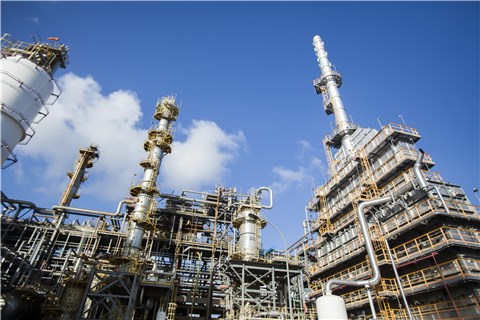 The sale of Petrobras’ stake in Brazilian petrochemical company Braskem is in line with its current strategy but may increase its risk exposure in the long term, according to analysts who spoke to BNamericas.

On Monday, the national oil company (NOC) said it had filed a registration request with Brazil’s securities exchange commission CVM for a share offering of its 36% stake in Braskem.

The process will be carried out together with NSP Investimentos (of Novonor, formerly Odebrecht), who is the controller of Braskem with a 38% participation.

The sale is expected to raise around 8bn reais (US$1.45bn) based on the valuation of Braskem’s shares on Brazilian stock exchange B3 and the NYSE.

Rodrigo Leão, technical coordinator at Brazil’s strategic petroleum studies institute Ineep, said the future of the oil industry is in the petrochemical segment when considering the growth of renewable energy sources for electricity generation, and the increased use of biofuels and LNG in transportation.

“Since Petrobras is focusing on oil and not on other energies, it would make sense to continue in the oil-related chain from the point of view of a long-term strategy,” Leão told BNamericas.

“However, the company's strategy is very focused on the production of the commodity [oil]. In this sense, the Braskem exit is part of this view, aligned with the company's de-verticalization,” he said.

Fabrício Gonçalvez, CEO of Box Asset Management, said that Petrobras is focusing on deepwater oil exploration, in addition to deleveraging and reducing its high level of debt.

“The exit from Braskem is a strategic decision that was made after a considerable period of evaluation,” he said.

“Even if the sale increases Petrobras’ exposure to the volatile oil business, the company has resources to minimize the impacts of such volatility,” Gonçalvez added.

Pedro Galdi, an equity analyst at Mirae Asset Wealth Management, said the sale of the Braskem stake is part of the divestment program announced by the NOC years ago, but the process got bogged down when Odebrecht was mired in problems.

“For Petrobras the news is positive in terms of reinforcing its cash flow and getting out of a business that’s not related to its core business. Braskem is a client, and the participation [in Braskem] didn’t make sense,” he told BNamericas.

The latest milestone in the NOC’s exit from the petrochemical segment took place in 2018, when it concluded the sale of its participation in Petroquímica Suape and Citepe to Mexico’s Alpek, for US$435mn.

Another key decision was the cancellation of its plan to build a petrochemical plant in Itaboraí, in Rio de Janeiro state, as part of the Comperj complex. Later dubbed Gaslub, it is now designed to consist of a natural gas processing plant, a lubricant factory and, possibly, a gas-fired thermoelectric power plant.

Meanwhile, Petrobras is divesting about 50% of its refining capacity through the sale of eight refineries, one of which (RLAM) has already been transferred to new owner Mubadala Capital, and contracts have been signed for another two (Reman and SIX) with Atem Distribuidora and Forbes & Manhattan Resources, respectively.

Bolivia: Arce estimates oil income of US$2,970 million and a 33% increase in gas exports

Arce estimates oil income of US$2,970 million and a 33% increase in gas exports

Why the sale of a Petrobras fertilizer plant remains uncertain

How Honeywell is sharpening its focus on sustainable energy solutions

Other projects in: Petrochemicals (Brazil)

Want to read more information about How the market views Petrobras’ exit from the petrochemical business?