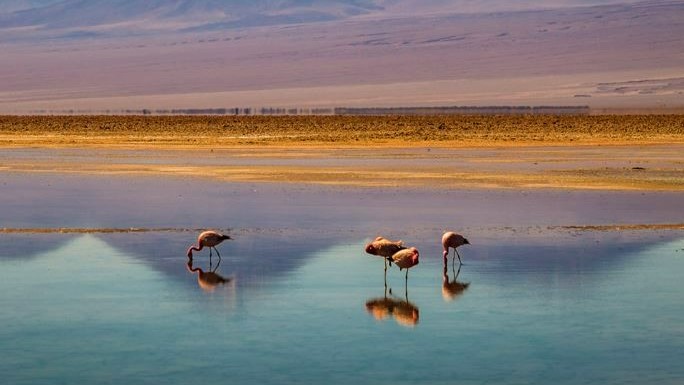 The Chilean and Argentine lithium industries could benefit from US plans to invest US$369bn by 2030 to cut greenhouse gases by 40% from 2005 levels.

That is if the two South American countries, particularly Argentina, align their laws and production regulations with the approach outlined in the Inflation Reduction Act passed in August, which promotes national production of clean energy and electric vehicles with the State providing credits and tax incentives.

To satisfy critical minerals demand for batteries, such as lithium, nickel, cobalt and manganese, at least 40% must come from mining operations in the US or countries with a free trade agreement (FTA). The percentage will rise to 80% from 2026.

The world’s main lithium producers, Australia and Chile, have FTAs with the US; Argentina, the fourth biggest producer, does not but it exports lithium to the US under a Mercosur agreement.

The US is a leading lithium importer, long with China, Japan and South Korea.

A report from the US Department of Energy showed that lithium from Chile and Argentina to supply electric vehicle batteries represented 90% of such imports between 2016 and 2019.

Chilean global lithium carbonate exports totaled US$4.32bn in the first seven months of 2022, compared to US$449mn a year ago, up 862%, according to a report by the country’s international economic relations department. Argentina exported lithium worth US$335mn in the period, up 203%, while forecasts indicate exports will continue to rise as a result of the energy transition.

At least 2bn electric vehicles must operate to achieve carbon neutrality by 2050, according to the World Economic Forum.

In Chile, lithium is produced by SQM and Albemarle, while progress is being made toward a public-private partnership model. In Argentina, Livent's Fénix mine and the Salar de Olaroz project, operated by Orocobre, Toyota Tsusho and Jemse produce lithium.

“The intentions of the United States to promote a national supply chain would add competitive pressure to the production landscape and raise the standards of production companies,” Gabriel Brasil, senior analyst at risk management consultancy Control Risks, told BNamericas.

Brasil added that the increased awareness of the relevance of critical minerals, such as lithium, for electric vehicles, solar panels and other components key to the energy transition, will continue to drive global demand, favoring producers in Argentina and Chile.

However, some entities, such as Alianza Americas, a network of Latin American organizations in the US, have questioned the law, claiming it would benefit renewable energy mega-industries instead of supporting community and local initiatives. Moreover, the law still excessively benefits fossil fuel players, according to a statement.

Conversely, the World Economic Forum said the law will facilitate clean energy sources, including nuclear power and hydrogen, although the real impact remains to be seen.

Authorities in Chile and Argentina have recognized the importance of mining for achieving carbon neutrality, but the demand-supply gap represents a challenge.

The US climate law, known as the Inflation Reduction Act, focuses on local production and imports from countries with FTAs.

Want to read more information about Why the US climate law could boost Chile's and Argentina's lithium industries?