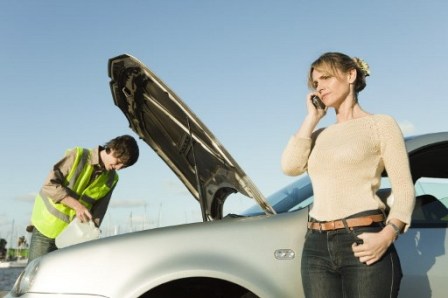 Argentina, which only a year or so ago was powering ahead, has been taking an economic battering and entered a technical recession at the end of 2018.

However, the general consensus among market observers is that the economy - impacted in 2018 by factors such as investment outflows, a crippling drought and rocketing inflation - could start gathering strength in the second half of 2019 if fiscal belt-tightening and monetary policy measures begin bearing plump fruit.

There are risks on the horizon. Elections will be held in October and the success of the incumbent Cambiemos coalition largely hinges on whether it can show the electorate that its business-friendly policies are working. Furthermore, a continuation of austerity measures is seen as necessary to help put the economy on a long-term stable footing.

If Argentina does see policy continuity and it does indeed start to rebound, this will spell good news for the country's insurers, whose fortunes are closely tied to that of the wider economy.

The reason is that the two biggest lines in Argentina are compulsory auto and workers compensation insurance, which together account for around 66% of premiums. These lines, in turn, are particularly sensitive to economic ups and downs, said Lionel Moure, an insurance analyst at the Argentine office of professional services firm Deloitte.

When Argentines have less cash, when salary increases struggle to keep pace with inflation, and when fewer jobs are created, the two lines tend to quickly feel the pain.

Indeed, Spanish giant BBVA says in an auto sector report that after a bumper January-June, car sales in Argentina plunged in the second half of 2018, citing crumbling consumer confidence and rising interest rates. Passenger car sales totaled 610,486 units in 2018, a 8.0% drop from 663,565 in 2017, according to industry chamber Acara. Overall vehicle sales, including commercial vehicles, were down 10.9% to 802,992 units.

Monthly estimates from insurance sector regulator SSN paint a gloomy picture. Insurers wrote 36.5bn pesos (US$981mn) in premiums in November 2018, up 34.4% year-on-year in nominal terms but down 22.7% after being adjusted for inflation, according to a bulletin. Monthly premiums have been contracting year-on-year since January 2018. Annual inflation was running at around 50% at the end of 2018.

In the 12 months through June 2018, premiums across all main lines except credit, motorbike, passenger and technical insurance were down year-on-year, according to SSN data.

The outlook for insurers this year, or at least for the 12 months through June 2019, is not much different, but the long-term picture appears brighter if circumstances conspire favorably.

Around 175 companies compete in Argentina's insurance arena. Most of the biggest players, including No. 1 company Federación Patronal, are local.

In terms of major M&A deals, the Argentine unit of Swiss giant Zurich expanded its footprint in the country in 2018 after purchasing the local operations of Australia's QBE. Based on 2Q18 data, the purchase gives Zurich (which operates a P&C insurer and a life player) a 4.69% market share, up from 2.66% previously, and placing it among the country's top 5 players.

Compulsory auto and workers compensation insurance accounted for 64.7% of net premiums for the 12 months through June 2018. Overall, the P&C segment accounted for 82.9% of premiums. Personal lines, chief among them life insurance, accounted for the balance.

Various factors can explain why the personal lines segment is far smaller than the P&C segment. These include the fact Argentina, in 2008, scrapped its private pension fund system which decimated demand for retirement-related products such as annuities. Also, past crises have dented confidence in the financial system which has taken its toll on demand for investment-related products such as life insurance with a savings component.

And while the health market is large in Argentina, care and coverage is not obtained under the health insurance model as it is in other countries.

"It is very unbalanced," said Moure. "I think this imbalance will last for many years."

Insurers tend to rely on income from their investments rather than that from their underwriting operations, with business efficiency a factor.

Indeed, figures for the 12 months through June 2018 show insurers posted income from investment activity of 90.0bn pesos, which was partly offset by an underwriting loss of 49.1bn pesos.

They posted a bottom line of 33.0bn pesos.

Watchdog SSN has been working to strengthen and open up the country's insurance market. Over the past several months it has issued corporate governance rules for insurers - as part of a move towards adoption of a risk-based supervisory model - and hiked capital requirements.

Digital insurance policy documents can now be used by motorists to provide proof of coverage.

The watchdog has also introduced a beneficial ownership reporting system to help combat money laundering and the financing of terrorism.

On the investment and development front, insurers have been given the green light to invest in venture capital funds that are on the government's venture capital institution registry.

The country's insurers have called for greater tax benefits for products such as life insurance, to help spur growth of the sector.

And in January, SSN unveiled a series of tax incentives for savings products sold by companies focused on the life and retirement insurance segments.

The tax deductions per product for this year, 2020 and 2021 were set at 12,000 pesos (around US$320), 18,000 pesos and 24,000 pesos, respectively. Consumers will be allowed to benefit from several deductions related to multiple products and the tax incentives will be adjusted annually according to the UVT indexed-linked unit.

Aimed at both individuals and employers, the goal of the tax program is to increase Argentina's savings rate and turn the insurance sector into a more important driver of the economy.

An overhaul of the country's workers compensation legislation in 2017 has helped reduce levels of associated lawsuits. Over the second quarter of 2018, 34,899 new legal cases were started, down 36.1% from the same period of 2017, according to data from worker compensation watchdog SRT.

While Argentina trails markets in developed regions in terms of adoption of technology, it is gaining ground and is home to several trailblazers in the Latin American tech space.

Meanwhile, Argentine comparison website 123Seguro is the biggest player of its kind in the region and has expanded its footprint.

And Prudential's local unit became a pioneer in 2018 when it launched a digital life product in partnership with website Klimber.

While customer-facing innovations are making the headlines, it is likely the market will also increasingly adopt digital back-office solutions to help drive down costs and improve underwriting results.

With more than 170 players, Argentina's insurance market is fragmented and has much potential for consolidation. There is plenty of space for growth beyond auto and workers compensation insurance, notably in the personal lines segment.

Despite the slowdown, M&A transactions are occurring, particularly those led by strategic investors, those looking to build and develop a business in the country rather than acquire one and sell it for a profit several years down the line.

Strategic investors see through the current economic storm and look at the long-term potential of the sector, Moure said. "These types of operations are continuing to be seen - obviously the level of intensity is not the same as it was - but they are happening," Moure said. "They are based on a diagnosis, vision that these problems Argentina is experiencing at the moment are circumstantial, that they could be reversed and that it could be a good moment to enter [the market].

"There are international buyers seeking opportunities," he said. "There is movement."

Associations, call for a single voice

Argentina is home to numerous insurance sector associations. The main ones are Adira (which represents insurers that operate outside of the Buenos Aires greater metropolitan area), AACS (a general association), Avira (for life and retirement insurers), AACMS (for mutual entities and cooperatives), and AAPAS (for brokers).

SSN's Pazo has called for a single voice to represent the industry, like there is in countries such as Chile, Colombia and Peru.

The toll could cost Paraguay around US$50mn per year and hurt Montevideo port.

BNamericas spoke with Florencia Calvente, an analyst at Moody's Local Argentina, about the outlook for sustainable financing in the country amid it...