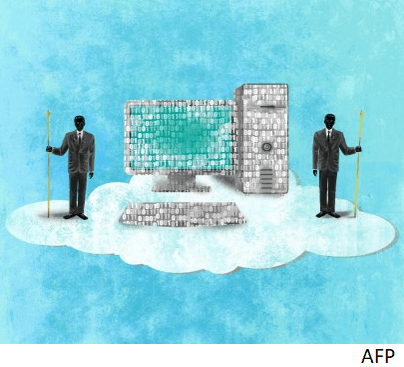 Investments in edge computing, which brings data processing closer to customers, are set to grow strongly in Brazil in the coming years thanks to new demands generated by the 5G ecosystem and for greater and better data analysis requirements, according to various analysts and executives.

This architecture is also seen as key to ensuring low latency, local processing and data residency requirements and should further accelerate the already highly active datacenter segment in the country.

IDC estimates that some US$2.9bn will be allocated to solutions and services related to big data and analytics in Brazil this year, a 10.8% increase over 2020. Meanwhile, it predicts that spending on artificial intelligence and machine learning will grow 28% to US$504mn.

The projections were presented at an IDC webinar on the Brazilian market and come from surveys carried out by the research firm with hundreds of CIOs between late 2021 and early 2022.

“Many companies still lack an established and widespread data culture, which is necessary to establish metrics and agile decision-making models, thus generating greater competitiveness. In this context, the advance of edge computing, driven by 5G, should play a prominent role,” said Luciano Ramos, IDC research manager for Latin America.

Spending on IaaS (Infrastructure as a Service) in public cloud is projected to reach US$1.9bn this year, up 36%, while investments related to the private cloud (on-premise infrastructure) are set for a smaller increase of 7.9% to US$540mn, according to IDC.

A series of recent investments in edge computing support these projections.

As part of the deal, Edge UOL will act as a managed services provider based on the AWS Outposts on-premise infrastructure servers installed in Scala’s edge datacenters.

Corporate and wholesale telecoms provider Ava Telecom is deploying a network of edge datacenters in São Paulo state, where its operations for internet services providers (ISPs) are concentrated.

The deployment, announced last year, is being carried out in partnership with Multiway, Leveros Solar and BlumaTech. Multiway is the manufacturer of the racks and servers, while Leveros will supply photovoltaic panels.

América Móvil’s Brazilian B2B company Embratel, for its part, plans to have 12 edge datacenters in the country by the end of this year. Three of these are already in operation in São Paulo, Brasília and Curitiba.

AWS also announced plans for an edge cloud location in Ceará state capital Fortaleza, its third edge site in Brazil. The other two are in São Paulo and Rio.

The company is also in talks with Brazilian companies, including miners, to deploy edge computing in their private networks.

In a study commissioned from Frost & Sullivan on the local datacenter market, Brazilian industrial development association ABDI projects that the demand for edge computing will grow to a peak starting in 2023.

The others are hyperscalers/collocation services, data analysis/artificial intelligence for IT operations/automation and remote datacenter management tools.

Linked to Brazil’s economy ministry, ABDI is dedicated to research and projects particularly related to Industry 4.0. The study surveyed 51 of the largest companies, industries and public bodies that contract datacenter services in Brazil.

The consultancy lists 55 major datacenters operating in the largest metropolitan regions of Brazil as of June 2021. Of those, 17 belong to Ascenty.

In terms of revenues, the data, which dates to 2020, IBM, Ascenty, Equinix and Tivit lead sales in colocation and outsourcing services in the country, with the following revenue market shares: 14%, 13.4%, 12.2% and 10.9%, respectively.

Among the top challenges for companies when it comes to datacenter services are the high costs for construction and operation of these sites, particularly related to taxes, power consumption and equipment imports, as well as legal and regulatory uncertainty related to taxes and regulation and the scarcity of specialized workers.

ALSO READ: The State of Latin America's IT Workforce

The study also points to opportunities in the industry, as only 19.6% of respondents said that their non-sensitive data are held entirely on third-party infrastructure.

Another 45.1% said they partially keep data at third-party sites and 33.3% maintain all of their data in-house, in their own structures.

Going beyond datacenters, the perspectives for the ICT market in the country this year are generally optimistic.

Analysts' perceptions are that macroeconomic issues and possible political volatility will not outweigh the requirements of users and companies in relation to connectivity and digitization.

“Expectations for the growth of the Brazilian ICT market in 2022 are the highest in the last eight years, even in the face of a scenario of moderate economic growth in Latin America and elections in our country,” said Denis Arcieri, country manager at IDC Brazil.

IDC predicts that IT and telecom will grow a combined 8.2% in terms of sales this year, with IT growing 10.6% and Telecom 4.0%.