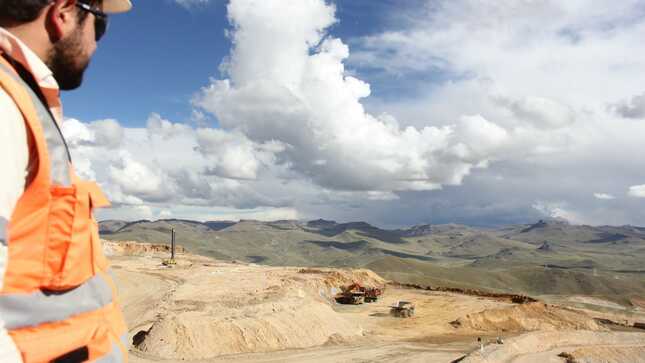 Construction of Peru's Magistral and Antamina replacement copper projects and the Corani silver and Romina zinc assets will start this year and the Zafranal copper and Yanacocha Sulfuros copper-gold projects in 2024.

This latest edition does not mention Anglo American's Quellaveco anymore, which has started operations, and it excludes American Lithium's Falchani and Macusani assets, as they are in very early stages. It also ignores the Accha zinc oxide district project because payments for the concessions did not materialize.

But Minem added eight projects involving US$5.99bn, while investment figures for several others were updated by US$1.09bn.

Nexa Resources' Magistral project in Ancash region is in the feasibility stage. Initial construction start was planned for 4Q22, while capex increased from US$490mn to US$493mn due to impact assessment adjustments. Nexa is awaiting the exploitation permit, corresponding to the first development phase.

The US$1.64bn Antamina Replacement aims at maintaining productive capacity by developing new exploitation areas. In the feasibility stage, results of the modification of the environmental impact study submitted in April 2022 remain pending.

Bear Creek Mining increased capex for its Corani silver project in Puno region from US$579mn to US$700mn due to financing costs and inflation, according to the Minem report. Expected annual silver output was reduced to 8Moz from 9.6Moz previously. Lead production is estimated at 47,630t and zinc at 16,780t.

Currently in the detailed engineering stage, operations will begin in 2026 for 15 years, while Bear Creek is seeking more financing partners.

Minera Chungar plans to start operations at its US$150mn Romina zinc project in northern Lima in 2025. Useful life will be 12 years, with approval of the environmental impact study, submitted in June, still pending.

Teck Resources and Mitsubishi, which own 80% and 20% of the Zafranal project in Arequipa, increased capex from US$1.26bn to US$1.47bn due to an adjustment in operating and administrative costs, and higher concentrate transport costs.

Operations should start in 2028. Currently in the feasibility stage, useful life will be 19 years and projected annual production 76,000t copper and 29,000oz gold.

Construction on Newmont's Yanacocha Sulfuros in Cajamarca region was planned to start this year but pushed back to 2H24. Capex for the copper-gold project increased to US$2.5bn from US$2.25bn. Newmont delayed construction due to rising prices and supply chain disruptions. Operations should start in 2027.

Overall, US$1bn is expected to be spent on construction this year.

Minera Poderosa plans to spend US$33mn on its Santa María Expansion, while Chinalco's Toromocho Expansion and Buenaventura's San Gabriel are on track to start operations in 2024 and 2025.

Next year’s projected construction investments amount to US$1.92bn so far.

Various mines are still suffering the effects of conflicts that began last year and several operations are at risk given the unstable political sit...

Want to read more information about Construction of 6 Peru mining projects planned to start this year or next?