How ready is Mexico's telecom sector to face hurricane season? 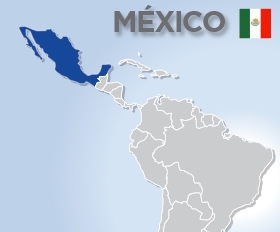 In September every year, Mexico braces itself for the start of hurricane season on both the Pacific and Caribbean coasts.

These powerful storms threaten to wreak havoc on the country's infrastructure, electricity and telecom sectors, not to mention causing serious inconvenience to thousands of people who can be forced to evacuate their homes and risk losing basic services for days at a time.

Last year was particularly worrying, with great concern in Mexico's Pacific states over the landfall of Hurricane Patricia, which was labeled the strongest hurricane in history.

However, the effects of the hurricane were far less damaging than the most optimistic forecasts, with zero fatalities and both infrastructure and mining operations emerging practically unscathed. The telecoms sector, however, saw people in several states losing services, even though the infrastructure was left with barely a scratch.

So just how prepared is Mexico to face natural disasters in the future?

THE WORST OF ALL: MANUEL AND INGRID

Despite Patricia being branded the biggest hurricane in history, Mexico suffered far more from previous storms.

Hurricane Ingrid and tropical storm Manuel hit the Pacific coast at almost the same time in 2013, with Guerrero state seeing the worst of the damage and telecom services badly hit.

Fernando Agüero Mancilla, communications coordinator at Universidad Autónoma de Guerrero, told BNamericas that even information services on missing persons were out of action.

"The only working internet was the one we provided, together with our radio service," he said, explaining that the university used its telecom resources to build a search platform. "People would come and ask about their relatives in other parts of the state."

It took over a week for telecom services to be fully restored in the city of Acapulco, with América Móvil's Telmex service only beginning to work after four days.

THE WRATH OF PATRICIA

Last year, though, Mexican authorities were determined not to be caught unprepared. There were plenty of warnings about the damage expected from Hurricane Patricia and the communications' ministry (SCT) began gearing well up ahead of time.

Those preparations paid off. Infrastructure was barely touched and services were only out of action for a few hours. Operators Movistar and AT&T also closed their customer services in the states of Jalisco, Colima, Nayarit and Sinaloa and backed up their energy generators in order to reduce the downtime.

In the wake of the hurricane, Telmex reported that services had not suffered greatly.

HOW READY IS THE SECTOR FOR FUTURE STORMS?

SCT was pleased with the lack of damage caused by Patricia, but experts warn that the telecom infrastructure cannot be said to be well prepared to face next September.

"The infrastructure is highly vulnerable and there have been few changes in preparations to face another similar hurricane," Roberto Arroyo Matus, civil engineer and member of the construction industry chamber (CMIC), told BNamericas.

Arroyo Matus, who teaches at the Universidad Autónoma de Guerrero, said that when Hurricane Patricia hit the country, services suffered few problems, but that cannot be taken as proof that systems will not fail again.

The engineer warned that private operators and the government should coordinate their efforts in everyone's interests.

"It is the responsibility of the operators to ensure that services won't go off, but the government should have a program to ensure emergency services at the very least," he said, adding that infrastructure should also be checked more often to check that it is still in prime working condition.

After all, "it happens every year," he said.

MDC, Vivaro and Fibranet join forces to build a third route between Dallas and Queretaro

The companies announced a cornerstone partnership that brings new and diverse fiber infrastructure in a strategic crossing location for networks an...

BNamericas provides an overview of recent developments in the VC, startup and overall investment scene.

Is LatAm leading the pack on mining process optimization?

Megacable achieves revenues of 6,562 million pesos, an increase of 10% compared to 1Q21

US tech conglomerate 3M doubles down on renewables in Brazil

Want to read more information about How ready is Mexico's telecom sector to face hurricane season? ?