How to achieve green mining and reduce the carbon footprint 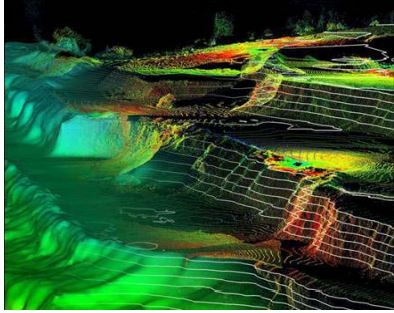 Rising demand for minerals reinforces the importance of sustainable mining that embraces technologies, predictive models, green mining processes, and automation to reduce time and the carbon footprint, the mining 4.0 webinar was told.

Automation and artificial intelligence help reduce the number of consumables while maximizing the amount of extracted or produced minerals. Monitoring becomes key. "If it cannot be measured, it cannot be managed," said Campana, highlighting the importance of technologies.

Sigdo Koppers' project and engineering director, Ricardo Thumala, said holistic thinking is essential to achieve efficiency. He emphasized the advantages of the EPC concept for improving operational efficiency in the shortest time, which allows to deploy less direct labor to mining sites, leading to less transport and a lower carbon footprint.

Building Information Modeling (BIM) is another concept miners should incorporate. This process integrates multiple-source data to generate a digital representation of an asset throughout its life cycle, from planning and design to construction and operations. BIM provides all definitions for the project, starting from the basic engineering design to the plant dismantling stage, according to Thumala.

Robotics will also boost efficiency, said Thumala, highlighting Boston Dynamics' robot Spot, which Sigdo Koppers uses to collect data and identify interferences in areas that are risky for humans. And collecting data through a scanner allows monitoring the project's progress, he added.

Thumala provided two examples of the advantages of technologies and EPC. First was the replacement of a ball mill at BHP's Chilean Escondida mine, moving the mill from a brownfield site by visualizing each stage in 3D and using an early engineering design to identify risks and establish all transport maneuvers. This planning reduced execution time and the carbon footprint, Thumala said.

The second project was the replacement of the ship loader for Collahuasi mining company. The challenge was to finish the project in a record time of 35 days, when similar processes take around five months. As a result, fewer workers were transported, camps were smaller, and food expenses lower.

Such factors were not measured previously but are now helping to achieve efficiency and reduce the carbon footprint. "The basic principle of green mining is how we execute the project, where we must reduce deadlines to reduce the impact on the environment," said Thumala.

In Collahuasi's case, a predictive analysis was carried out using a 3D model, allowing to monitor and control the replacement process, including aspects such as equipment purchase and expenses control through a logistics software.

BNamericas looks at the third quarter results of two US companies with lithium operations in Latin America.

Regulatory uncertainties in Chile, Bolivia and Mexico mean that by 2030 about 63% of global lithium supply will come from hard rock and not brines,...

Want to read more information about How to achieve green mining and reduce the carbon footprint?