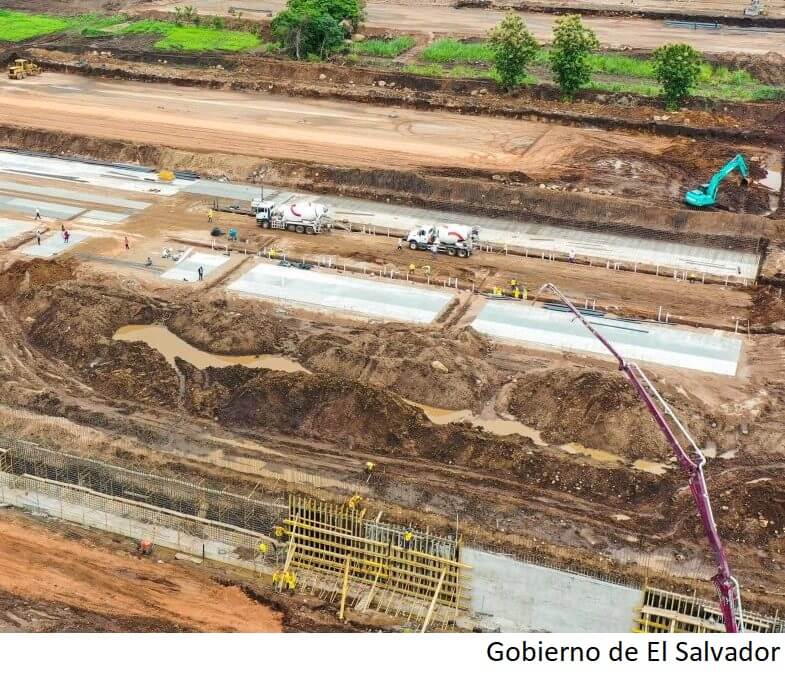 One concerns a US$193mn program to build or rehabilitate five hospitals in Guatemala, another a new prison in El Salvador to support the government’s controversial gang crackdown, and the last involves a new stadium in Costa Rica.

The country’s public health and social security ministry (Mspas) has launched three tenders this year to build two hospitals and rehabilitate another one, as part of the US$193mn program launched by the Central American Bank for Economic Integration (Cabei) to add 1,040 hospital beds to Guatemala’s public health system.

The tenders launched are for turnkey contracts to upgrade and expand the existing Chiquimula hospital and design, build and equip two hospitals in the municipalities of Jutiapa and Mazatenango.

Tenders for two hospitals in the cities of Sololá and San Pedro Carchá have not been launched yet, but are expected also for this year.

Of the total approved by Cabei for the program in 2018, US$79mn came from South Korea’s development facility for Central America.

On June 21, President Nayib Bukele announced construction start of a terrorism confinement center to support his controversial measure to jail suspected gang members. So far, more than 40,000 have been arrested.

Bukele posted a video on social media showing works had started but did not provide information on capex, construction company, or location.

“We decided to do [the center] away from the cities, surrounded by hundreds of blocks of state-owned land, with hundreds of thousands of [square] meters of construction, several levels of walls and 37 watchtowers, which will make an escape impossible,” he wrote.

Radio YSUCA reported a day before Bukele’s announcement that the center was being built in Tecoluca municipality, San Vicente department.

One of the country’s biggest soccer clubs, Fuerza Herediano, is aiming at completing its new stadium by the end of the year. The US$12mn Eladio Rosabal Cordero stadium will be the country’s first with a ceiling and have capacity for 16,000 spectators, double the current one.

On June 30, the head of Guatemalan firm Aceros Prefabricados told sports news site Futbol Centroamérica that in four to six weeks, the company would deliver the necessary structure to assemble the stadium, branded as one of Costa Rica’s most modern.

"We are going to start assembly in the coming months, for us it is a pride to carry out this work of this magnitude, a modern work and it will be the parameter by which everyone will be measured in Central America," he said.

Last year, the club’s president, Juan Carlos Retana, told La Nación that the project was in the sedimentation stage that would then lead to the installation of the metal structures.

BNamericas talks to Enrique Dussel Peters about the political-economic relations that are emerging between China and the region.

With more than 120 years of experience in the cement industry, the Central American company launched operations in the Costa Rican market.

Costa Rica gets ready to kick off border complex project

Other companies in: Infrastructure (Costa Rica)