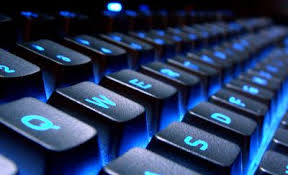 The year has begun in Latin America with a series of new opportunities for investments in the ICT landscape through public procurements, tenders and project consultations.

There are initiatives being carried out by governments in Brazil, Colombia and Argentina, among others, involving acquisitions of equipment and services, qualification of software providers for tenders and national digital programs.

BNamericas takes a look at some of the main opportunities to keep track of.

The Colombian ICT ministry (MinTIC) launched a public consultation on a draft project for the adoption and implementation of digital city initiatives around the country.

The program is part of Colombia's Agenda 2030 for digital transformation pushed by the administration of President Iván Duque. It also falls under the country's UN sustainable goals.

With the consultation, the government wants to collect opinions from municipal authorities on a tool for self-diagnosis of local problems and bottlenecks that could be resolved with the use of technology.

MinTIC also wants to assess how it can support localities and territories to implement digital city initiatives, as well as the best way to monitor these implementations.

Furthermore, because the program will rely on resources from the public ICT fund, MinTIC is consulting on the proposed criteria for the selection of the eligible initiatives, as well as the maximum rates of co-financing to be applied.

Comments can be submitted by January 27 at gobiernodigital@mintic.gov.co and ciudadesyterritoriosinteligentes@mintic.gov.co. More information can be found here.

These tenders are due to take place throughout the year, Serpro said. They will be held electronically and will be awarded on the basis of the lowest price offered per item type.

“One of the important novelties of the public notice was to make the rules more flexible for qualifying companies interested in providing coding services. The procedure has become much simpler,” Artur Tupiassu, one of the Serpro managers responsible for the bidding process, said in a statement.

According to Tupiassu, the pre-qualification phase is important to ensure the minimum technical requirements of each bidder, thus allowing greater agility for future contracts.

More information about this process can be found here.

Serpro, the largest public technology company in Brazil, was created in 1964 and it is responsible for the country's income tax reporting platform, the national driver's license database and the foreign trade system Siscomex, among other things.

The government had previously added Serpro to a list of companies to be privatized. This week, however, the lower house’s science and technology committee passed bill 2270/21, blocking the privatization of both Serpro and Dataprev, the Brazilian social security data processing company.

The argument is that only the federal government can provide such strategically important public information technology services.

The bill still needs to be pass other committees and a vote in congress before becoming law.

Through its department of innovation and technology (SMIT), the city of São Paulo extended by 60 days the deadline for companies to express interest in providing the new phase of the municipal public Wi-FI program.

The program offers 1,088 public internet points throughout the state capital and the new phase is aimed at the deployment of over 4,000 new access points.  According to city hall, the WiFi Livre SP program recorded over 54mn accesses last year.

The tender will remain open for applications until February 9, 2022.

More information can be obtained here.

Argentina's central bank opened a tender for the acquisition of 150 tri-radio indoor wireless access point devices, for its own use.

These devices are compatible with the current Wi-Fi network installed in the premises of Argentina’s central bank in capital Buenos Aires.

In addition to the equipment, the company selected must provide warranty and technical support for 12 months, according to the monetary authority.

In a separate call, the bank is also seeking the acquisition of 32 perpetual use licenses for the Veeam backup & replication enterprise for VMware service. The tender also includes the respective maintenance service and technical support for two years, as from May 5.

The documents for both tenders are available on the central bank’s website: https://www.bcra.gob.ar.

Questions and requests for clarification can be submitted by January 31 to daniela.dasilva@bcra.gob.ar or sebastian.gonzalezalvez@bcra.gob.ar.

Wado de Pedro and governors agreed with Microsoft to advance an agreement to expand connectivity in three provinces...

Economy minister Sergio Massa said that the spectrum auction will mean that the telecommunications sector will be one of the industries with the hi...

Are there too many virtual wallets in Latin America?

A single regulation for telecommunications antennas in all Mendoza municipalities advances

Other projects in: ICT (Argentina)