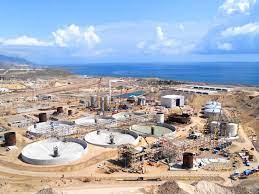 The unannounced inspection followed public criticism of US-based Vulcan by AMLO, who has accused the firm of operating illegally.

But the company – which is continuing to pursue an arbitration claim against Mexico lodged in 2018 – called the closure order illegal and said it has been quarrying limestone legally in Mexico for over 30 years.

“The company has the necessary permits to operate and intends to vigorously pursue all lawful avenues available to it in order to protect its rights and resume normal operations,” Vulcan said in a release.

Semarnat’s closure order is a further sign of the ministry’s tougher approach to environmental permitting and regulations, which, along with COVID-19 absenteeism, has led to a slowdown in applications being processed.

A string of mining companies have been impacted by this stricter approach, with several projects blocked at the environmental permit stage, and others facing challenges in permit extension applications.

- Vulcan Materials files a request for arbitration with the World Bank’s International Centre for Settlement of Investment Disputes (ICSID) claiming Mexico failed to comply with a zoning agreement at its Calica limestone quarrying operation in Quintana Roo state, due to unfair, arbitrary and capricious actions by environmental authorities.

“I say to the people of Baja California Sur, no to the mine. Why no? Because we have to care for paradise, not destroy it, and care for nature,” the president said in a speech.

- Odyssey files a notice of intent, the first step toward an arbitration claim, following the permit rejection for Don Diego.

- Semarnat rejects a permit application for Argonaut Gold’s San Antonio gold project in Baja California Sur, which the company says is mainly due to a zoning issue it claims was resolved in a previous court ruling. Argonaut says it is considering options including legal action.

- Semarnat tells Argonaut its permit application for the Cerro del Gallo gold-silver project will not be approved in its current form, and requests revisions.

- Almaden plans to submit a revised environmental permit application for the Ixtaca project.

- AMLO claims his administration has rejected a permit application to extend mining operations at Korea Resources’ Boleo copper mine in Baja California Sur state (in picture), but Semarnat denies an application has been made.

- Semarnat approves a permit to extend operations at Boleo following outcry over possible job losses, despite AMLO’s previous claim that the permit had been rejected.

- Argonaut says it is preparing a new permit application for Cerro del Gallo after the previous submission expired.

- Semarnat rejects a permit extension for Fortuna Silver’s San José silver-gold mine in Oaxaca state, pending an evaluation relating to 73 ancillary infrastructure facilities at the mine site. Fortuna says it will fight the “unprecedented” decision.

- Semarnat issues a notice stating that the ministry made a typographical error in granting a 12-year expansion for Fortuna’s San José mine, and states the correct term is two years.

The company launches legal proceedings to revoke the notice and confirm the 12-year extension period, stating that typographical errors are not legal grounds to amend the terms of the permit.

Mexico has pledged to double its renewable generation capacity by 2030. But recently, climate issues have been superseded by other policy priorities.