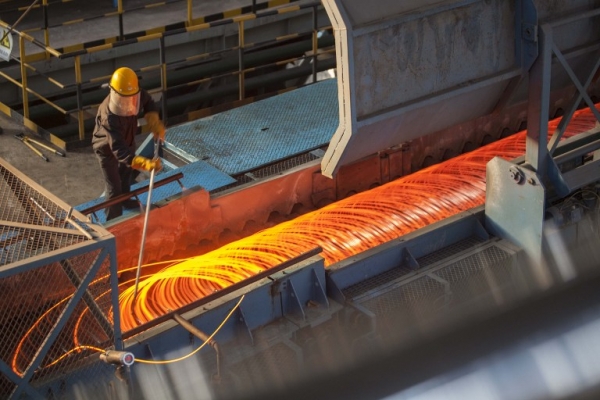 Brazil's top three steelmakers – Gerdau, Usiminas and CSN – are betting on the country's economic recovery to help them control their heavy debt loads.

In addition, Gerdau added: "The sharp reduction in the net debt/Ebitda ratio from 2.7x on March 31, 2018 to 1.8x on March 31, 2019, was due to the funds generated by the successful divestments program in recent years, which reached the economic value of 7bn reais, with a focus on
deleveraging and optimizing the company's asset portfolio, besides the continued improvement in Ebitda."

The figure compares with 29.9bn reais and 29.6bn reais at end 4Q18 and end-1Q18, respectively, according to its latest earnings release.

On March 12, Pedro Galdi, an equity analyst at Mirae Asset Management, told BNamericas that CSN needs to normalize its heavily indebted capital structure and has outlined some measures to that end, including the sale of its stake in rival steelmaker Usiminas and a US$500mn iron ore streaming deal closed with Glencore.

"If CSN manages to really hit these goals, it will achieve a marked improvement in its net debt/Ebitda ratio, but the steelmaker needs to be successful in its actions," Galdi added.

Usiminas' consolidated gross debt as of March 31 was 5.5bn reais, down 6% compared with three months earlier and down 3% year-on-year, the steelmaker said in an earnings release.

The company said its consolidated net debt reached 3.72bn reais as of March 31, down 11% compared to the previous quarter and down 10% year-on-year.

The net debt/Ebitda indicator closed the first quarter at 1.5x, compared to 1.6x at the end of the previous quarter, the company said.