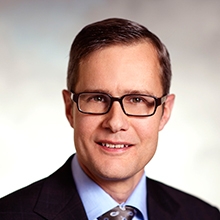 Weaker silver prices are placing miners under severe pressure, despite some improvement this year, with the metal trading in the US$15-16/oz range, compared to under US$14/oz in December.

Companies with the balance sheet strength to do so are seeking M&As with the hope of snapping up a bargain in the current depressed environment.

But, on account of a lack of attractive silver assets, acquisitions are likely to be gold focused, BMO Capital Markets analyst Andrew Kaip said in the second part of a two-part BNamericas interview.

Kaip's top picks in the current climate include Fortuna Silver, which is reducing production costs through an expansion of its San José mine in Mexico.

BNamericas: Companies including Pan American Silver, Silver Standard and Tahoe Resources have indicated they believe 2016 is an ideal time to make acquisitions. How do you see the outlook for M&A in the silver space?

Kaip: Silver companies have to do something. We have seen First Majestic very active on the M&A front, we have seen Tahoe very active, also Silver Standard and Hecla Mining.

But all of these companies in general are migrating towards gold. The biggest challenge for a silver company is that silver deposits are very hard to find.

BNamericas: Are there any attractive silver targets out there?

Bear Creek has projects in Peru that are also reliant on base metals, particularly Corani, but given base metal uncertainty it would be a challenge for it to be an acquisition target as well.

BNamericas: A number of traditional silver miners, including Coeur Mining and Pan American, are increasing gold production, both through M&As and at existing operations, including Pan American's Dolores mine expansion.  Why is that?

Kaip: Because gold projects were available at the time and provided them with better margins and they acted on them.

In the case of Coeur, the Wharf gold mine acquisition has been able to generate cash that they can invest at their other projects that are struggling.

Pan American is doing the best it can at its better assets. They are trying to make Dolores a better asset by investing more money to improve recoveries.

BNamericas: Who are your top picks among the silver miners?

Kaip: We have an outperform rating for Fortuna Silver. It is probably the best of the small miners. It is completing an expansion at its San José mine. Capex will fall off in H2 and production will begin to rise, and it's already a pretty low cost operation.

They are talking about all-in sustaining costs (AISCs) of around U$10/oz. It looks to be a very attractive company with a reasonable balance sheet, so certainly on the smaller side that would be the top name we would go to.

Of the large companies, Fresnillo is still a very good large company to look at. Up until we became restricted Tahoe was probably our top medium-sized company.

BNamericas: What are the main benefits that Fresnillo offers?

Kaip: Quality of assets, AISCs are at that US$10/oz range. It is building new mines, it is going to be delivering on a new mine, San Julián, this year. It's constructing Juanicipio with MAG Silver.

These are offsetting its ageing mines. In particular, the Fresnillo mine is an ageing operation.