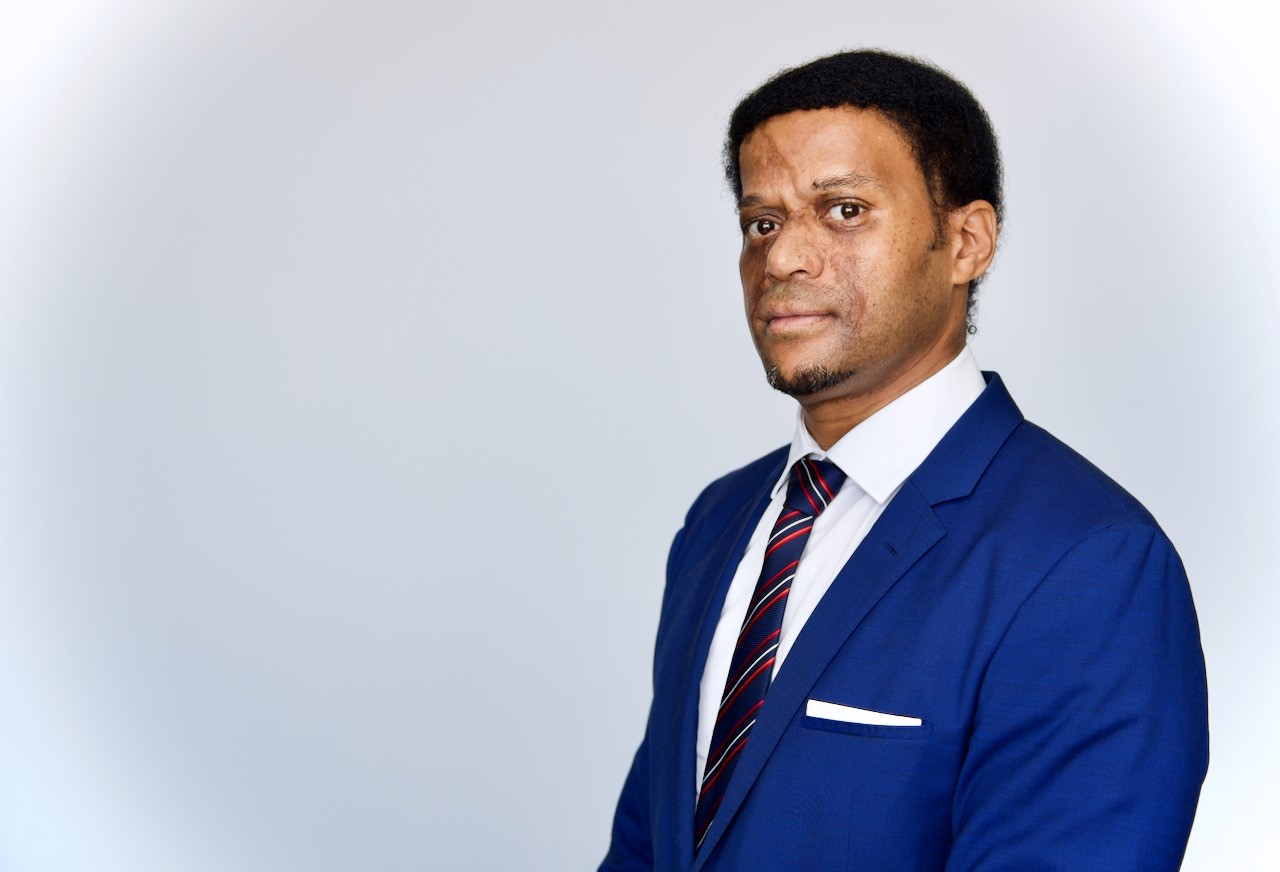 Telecom wholesaler Angola Cables was responsible for the first direct submarine cable connection between South America and Africa, through the South Atlantic Cable System (SACS) that connects Brazil’s Fortaleza city to Luanda and went live in 2018.

It is also one of the partners, alongside Google, Brazil’s Algar Telecom and Uruguay’s Antel, of the Monet cable, which connects Brazil to the US, also passing through Fortaleza.

BNamericas reported first that the company is now investing US$40mn in the first expansion phase of AngoNap, the datacenter it built in Fortaleza for companies to store and offload data through both cables and through other international routes.

In this interview, CEO Angelo Gama talks about the datacenter expansion, partnerships, the cloud services offer, and more.

BNamericas: What does the AngoNap expansion involve exactly? What is the timeline?

Gama: In the beginning, when we were deciding where to invest here in Brazil, Ceará was not the first choice. But we saw that there was great potential there, especially because of the number of submarine cables that arrived at Praia do Futuro [in Fortaleza]. It turned out a right decision.

As you know, we made a very big investment here. The infrastructure we built is out of the ordinary. We anticipated the entire digital ecosystem that would need to be created in the future with so many submarine cables.

Fortaleza today I would say is no longer a transit city [for data], in which cables arrive mainly due to its privileged geographical location, instead having become a place where communications come to stay.

We won this bet by staying in Fortaleza. And we won because now our datacenter is practically full. So we had to think quickly about expanding the site.

Together with Banco do Nordeste, we are the only Tier 3 datacenter in Fortaleza. The expansions we are going to make are within the same module. We are going to more than triple installed capacity here in colocation, in rack space.

And we will continue to increase investments in Fortaleza. We are very proud to have brought great players to the region, thanks to all the infrastructure we have, not only to our submarine cables but also to our datacenter.

BNamericas: What is the current capacity of AngoNap?

Gama: Our datacenter was designed with a capacity of 100 available racks. We will move, in a first expansion phase, to more than 250 racks.

A lower floor will have 250 racks. The upper floor, in the near future, will have 250 more racks, which gives a total of 500 racks.

In terms of installed power capacity, we are talking about further 5MW with the expansion.

BNamericas: Will you build an adjacent structure?

The idea was that as soon as the datacenter was full, we would go to the second stage [or first expansion phase]. And then a third, fourth, fifth. Each of them means a new data floor.

BNamericas: Have works started yet? And when should they be completed?

Gama: At the moment, we are finalizing the part of the project, of suppliers. We are also evaluating the energy part, as we will have to pull a high-medium voltage line close to the datacenter.

Fortunately, there are already projects in the area and the state itself is investing in a transmission line for the region.

Once we have all these variables resolved, we will start the construction, which should take less than a year.

Gama: Our supplier is [local power distributor] Enel. They are building a line. All we'll have to do is to pull a branch to the datacenter.

BNamericas: Does the site rely on renewable energy sources, abundant in the northeast?

Gama: Not yet. This is something we are a little behind. But we are working to soon add them to our matrix.

BNamericas: You have announced in the past some important clients at AngoNap, such as Globo. How is this base? Who else is using the site?

Gama: We have NDAs with many of our clients, so we can’t publish the names.

We already have a big OTT [over-the-top provider, usually a cloud or internet company] with us. We also have, right now, in the process of contracting, another OTT, a little smaller, which will use less capacity.

The first OTT almost completely filled the rest of our datacenter capacity.

We are now in the process of bringing this second one from Miami to Fortaleza and São Paulo [through the Monet submarine cable, where Angola Cables is a partner], and with the placement of some racks in our datacenter. This is for large international providers.

Here in Brazil, there are companies based in São Paulo that want to have a physical presence in Fortaleza. They are wholesale and e-commerce companies. One of these companies is already with us.

And with another, a large company from São Paulo that also wants to install itself in our datacenter, we are in a “dating” phase.

Our PIX [internet exchange point] is already the third largest in terms of data traffic here in Ceará state in just two or three years of operation. We are talking about a sevenfold growth in data traffic within our network in three years.

BNamericas: AngoNap as a project came largely on the back of Monet, SACS and other submarine cables. Do you envision datacenters in other regions in the country?

Gama: At this stage, no. There is a lot of datacenter capacity out there already. There are many companies in the Brazilian market that are fully dedicated to the datacenter business.

As you said, our datacenter is not just a datacenter. It complements an entire infrastructure of submarine cables that add value to what we do. Including more datacenters in Brazil would mean specifically entering this market.

We already have two large companies in the world, Equinix and Digital Realty, investing heavily in the sector here in Brazil. There are also other companies, such as Piemonte, and other big players that are in Brazil.

So it's not a business that makes us want to get into. If we can't add value to the business, we won't. Through partnerships, we are able to take our services to the four corners of Brazil.

BNamericas: Due to profile and focus, AngoNap does not necessarily compete for the same customers as these other groups, right?

Gama: That's right. And at this moment, because we have an initial commitment with city hall and Ceará, we are also betting on the corporate segment.

We are launching a dedicated, or specific, suite of products for startups, so that small and medium-sized companies can reach more customers. So that they can overcome the initial barriers of how to set up a business.

So we are now not only looking at wholesale, international connectivity, about  bringing major players to Ceará, but also at doing business locally and enhancing the entire digital business in Ceará.

There are two new products: one is our cloud for Brazil and the other is this suite of various services, to support companies developing the digital ecosystem and have faster and scalable access to all Angola Cables products and all the products of our partners as well.

It's a kind of one-stop-shop. They leave the most complex part of the operation to us and dedicate themselves to their core business.

BNamericas: Are you talking about an as-a-service packaging for digital transformation?

Gama: Correct. For these companies to transform capex into opex. And leave all the software contracting, ERP, infrastructure-as-a-service part to us.

BNamericas: And what exactly is the cloud about?

Gama: Our cloud is fully automated. As we are interconnected with several points of presence around the world, access will be local, but visibility will be international. We have one of the lowest latencies in Ceará and in Brazil.

Internationalizing a service with a location in our cloud will be very easy, and it will be done automatically.

BNamericas: Are these launches related to the recent deal Angola Cables announced with US firm Flexential? And who are these cloud partners?

Gama: It has also to do with it, yes.

The Flexential partnership allows our customers and partners access to Flexential's 40+ datacenters in the US. But in addition to Flexential, we have many others in Europe, Africa, and a few months ago we just opened Asia to our customers. We have a point of presence in Singapore and from there to the entire Asian market.

BNamericas: Are you looking at edge computing?

Gama: We haven't gotten into the edge component yet. But we have that on our roadmap.

BNamericas: How many customers do you have regionally?

The planning and public services innovation ministry is set to launch a tender by March.