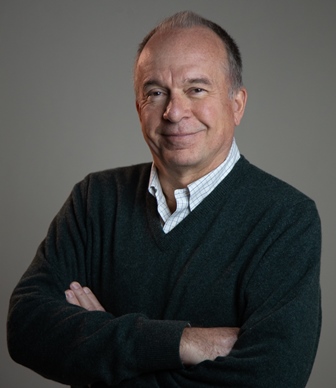 Close to completing one year as the owner of the Jorge Lacerda thermoelectric complex (857MW), in Brazil's Santa Catarina state, Diamante Energia is waiting for a contract to be signed with the government that will ensure the continued operation of the three coal-fired plants until 2040.

The agreement is the result of a federal law approved last January with the objective of maintaining coal activity in Santa Catarina, which generated reactions among environmentalists and civil society as it is one of the most polluting energy sources.

In this interview, Diamante's CEO, Pedro Litsek, tells BNamericas why he believes the law is important and what are its counterparts, analyzes the future of coal power generation in Brazil and details other projects under development by the company.

BNamericas: How do you see the first year of administration of the Jorge Lacerda thermoelectric complex, after the acquisition closed with Engie in October 2021?

Litsek: It was a year of great challenges because we left a structure in which there was a lot of corporate support from Engie. All of the administrative, financial, IT [information technology], HR [human resources] areas were managed by Engie, and we had to take on these activities. So, we entered into a service contract with Engie while we structured our financial and accounting area. Now we’re in the final process of disengaging everything from Engie.

A second challenge was to start to establish our identity, not only with the employees that remained for the most part, but with society in general. We’ve sought to be present with stakeholders, public authorities, businesspeople and the community.

BNamericas: In recent years, coal has become an environmental villain. And, with the advance of renewable sources, it had been drastically reducing its contribution to the global energy matrix. This, however, has changed with the geopolitical turbulence and the global concern about energy security. What’s the future of coal-fired power generation in Brazil?

Litsek: The way we do it today, coal should not continue. It has considerable production of CO2, so we have to look for other forms of energy generation. We need to make the energy transition, and today we see gas as a transition fuel. In the future, perhaps gas itself will become a villain, although not at the level of coal. And someday gas will run out, so we have to find other forms of dispatchable energy generation in order to have a more sustainable matrix in the future.

However, in this time of international turbulence, we have a domestic energy source, priced in Brazilian reais and that has not undergone readjustments throughout 2022, while LNG [liquefied natural gas] reached US$30/MBTU.

Another topic that we have to consider is that, at some point, carbon capture will start to be viable, both from a technical and economic point of view. If it’s possible to capture 100% of the CO2 emitted, coal could then continue as a possible source of power generation. That is why we and other players around the world are investing in carbon capture.

BNamericas: Last January, the federal government approved a law extending the contracts of the Jorge Lacerda plants until 2040. Were any compensatory measures established, such as investments in modernization of the facilities and solutions to mitigate environmental impacts?

Litsek: This law has a very social bias because the idea is that, instead of abruptly shutting down activities in 2027, we’ll make an organized process of energy transition in line with the best international standards in order to shut down the operations in 2040 with the minimum social impact.

Today there are 20,000 people directly or indirectly employed by the operation of the complex, considering the plant, the mining companies and the railroad. Our obligation is to keep the complex in operation until 2040, consuming the same volume of coal that we consume today and applying 100% of our research and development resources to processes related to the energy transition. And we’re already doing this in advance, developing carbon capture projects, for example.

For all this to happen, there has to be a reserve energy contract signed, so that we have the necessary revenues to participate in the energy transition process. The law establishes that the complex will be contracted and the MME [mines and energy ministry] is in charge of this. There won't be an auction.

What I imagine is that we’ll use some contract format similar to the regulated auctions with the value defined based on some national or international indicator or benchmark.

BNamericas: What’s the forecast for when the contract would be signed?

Litsek: We need it to be signed this year so that we can make investments that are essential to extend the useful life of the complex, as well as the modernization and acquisition of equipment. The mining area also needs investments and these are processes that take years.

BNamericas: How is Jorge Lacerda's energy being marketed today?

Litsek: We sell via bilateral contracts in the free [non-regulated] market. We have the benefit of the CDE [energy development account], which reimburses us for a part of the expense in coal, so, with this, we’re able to have a competitive price to participate in this market. The benefit of the CDE isn't just for us, but for the coal industry in Santa Catarina.

BNamericas: How did Jorge Lacerda perform during the 2021 drought?

Litsek: Last year we produced much more energy than initially planned. The CDE limits the reimbursement to 2.4Mt/year and in 2021 we consumed about 150,000t more.

BNamericas: Is Diamante thinking about investing in other energy sources in the country?

Litsek: Today we have initiatives involving natural gas in Santa Catarina, and we’re looking at potential projects in other states.

We acquired a project developed by Engie, which is a gas-fired thermoelectric plant in the north of Santa Catarina, in Garuva municipality. This undertaking is very close to where New Fortress Energy's terminal [Gás Sul Terminal] connects with the Gasbol [Bolivia-Brazil pipeline].

We registered this project in regulated auctions, but yesterday the news came out that the A-6 tender was canceled. Anyway, we have the backup capacity auction ahead.

In addition, we’re licensing a project here in Jorge Lacerda that would be supplied via Gasbol.

BNamericas: Are you thinking about the possibility of converting Jorge Lacerda to gas?

Litsek: That wouldn't make sense, because it’s not efficient, it’s a plant that's already a certain age. But using the land and the human potential that we have and the transmission lines that already exist makes perfect sense.

BNamericas: Do you have any additional comments?

Litsek: An important point is the question of a fair energy transition. There are lots of government initiatives in this direction. In Germany, in the Ruhr region, this has been done in a very organized way, with low social impacts. We have to look at Jorge Lacerda with this mission of carrying out a fair energy transition project that has a great social bias, without closing the doors and leaving 20,000 people without economic activity.

Projects in the offshore wind segment being analyzed by the local environmental regulator now amount to nearly 177GW.