How AMD plans to gain market share in cloud, datacenters and HPC 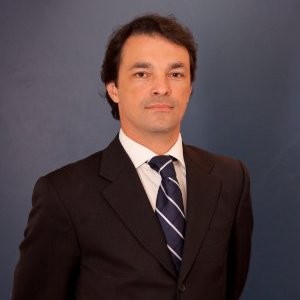 US group Advanced Micro Devices (AMD) is one of the world’s main chipset and semiconductor brands, and a rival to players such as Intel, Broadcom and Qualcomm.

In its recently released preliminary Q3 results, the group posted revenue of approximately US$5.6bn, lower than the previously expected US$6.7bn but up 29% year-over-year. The company attributed missing the target to processor shipments in light of a weaker than expected PC market and reduced inventory correction actions across the PC supply chain.

Revenue at the datacenter, gaming and embedded segments grew in line with the company’s expectations by 45%, 14% and 1,459%, respectively.

According to AMD, the Green500 ranking lists its EPYC processors and AMD Instinct accelerators as present in the world's four most efficient supercomputers. According to the company, its equipment is embedded in eight of the top 10 supercomputers.

At the same time, AMD is likely to be among those hit by the new measures pushed through by the Biden administration to curb Chinese companies' access to semiconductor technology.

In this interview, Alexandre Amaral, head of cloud and datacenter sales at AMD in Brazil, talks about the company’s perspectives, especially in high-performance computing and cloud, as well as about the supply chain and manufacturing.

BNamericas: What is AMD’s strategy for the supply of datacenter infrastructure and high processing computing [HPC, or supercomputing] in the region?

Amaral: When we talk about digital transformation, whether through artificial intelligence, blockchain services or R&D applications in general, we’re talking about HPC. We have a series of initiatives in this segment with our infrastructure partners.

I've been at AMD for a little over a year, at about the same time that Dell started making their servers locally using AMD's EPYC [processor].

I arrived in May 2021 at AMD precisely to develop the cloud and datacenter segment in the Brazilian market.

BNamericas: And what has changed since then?

Amaral: A major issue for the market concerns local manufacturing, because OEMs [original equipment manufacturers] generally have to import [servers], which makes products 20-25% more expensive than competitors who manufacture locally.

From 2017 to 2021, OEMs, all of them – Dell, Lenovo, Super Micro, HPE – could market their imported servers with EPYC, but in practice the volume was very small. It was for a very specific workload, an FOB sale, which is when the customer himself imports the product with legal exemption from import taxes.

With local manufacturing, which started by Dell, Lenovo and Super Micro, that began to change. Our volumes increased.

HPE still does not have the local production of its servers with AMD processors in Brazil, but they are in the process of doing so.

We did a whole process with OEMs’ customers, with partners' customers, and also with the OEMs themselves, to evangelize the market and have local manufacturing of servers.

BNamericas: You had to go through a process of convincing the server companies to manufacture locally?

Amaral: This process was already being done before I arrived. Lenovo was the latest to manufacture servers locally, and with that many companies were able to be more competitive.

Furthermore, when we think about datacenter infrastructure, we can help our client to save on equipment, for example in licensing. Be it databases, operating systems. Because this expense will be much lower if the end-client uses AMD's EPYC processors.

It will also cost less in terms of space in the datacenter – and with that, obviously, the energy expenditure will be lower. The client will use a much smaller number of servers in a datacenter project with AMD.

Amaral: We offer a much lower cost compared to our competitors [mostly Intel's Xeon]. We have up to 64 cores in a single processor, that is more performance per core, per socket, better energy performance. This means around 50% [greater] efficiency in relation to what exists in the market.

BNamericas: Where has the main market demand for HPC come from?

Amaral: The oil and gas sector, for example, is extremely demanding of high processing capacity.

The technology embedded in the servers can make the company that is exploring for assets accelerate the discovery of wells and speed up the estimated extraction potential for these fields.

We already have, with Atos, Super Micro, Lenovo and Dell, for example, oil and gas projects in the region.

Some things are recent and we’re not authorized to disclose. But we already have with the big OEMs, apart from HPE, due to the local manufacturing [issue], projects that we have already won and are either in the installation phase or in the delivery of products.

We also see demand in research and development, in public agencies.

For weather services, there are already many servers in use with AMD processors. The same for universities. In the scientific sector, we also had the participation of EPYC processors in HPC projects for health, in the development of vaccines for example for COVID-19.

In the financial world, we have success stories with some banks. Other big banks are making a major move to the cloud. We see large contracts being closed with large public cloud providers.

So what we’re doing there is intensifying our dialogue with these banks to show our potential, in terms of technology and price, and get to having AMD technology running in these cloud applications.

We know that our competitors are often with them. But we want to show that we are a better solution than our competitors, with lower energy expenditure, lower TCO [total cost of ownership], better performance. And we’re doing that with cloud providers, too, so they also make use of AMD.

BNamericas: What is AMD's penetration in this sector today?

Amaral: An important cloud provider, according to information I have, already has 80% of its equipment powered by AMD.

Amaral: Hard to say. We don’t have our processors manufactured in the region. They are mostly made in Taiwan, by TSMC.

Editor’s note: The Taiwan Semiconductor Manufacturing Co recently became one of the main makers of AMD chipsets. AMD is now TSMC's third largest customer, behind Apple and MediaTek and ahead of Broadcom, Nvidia and Qualcomm, according to recent reports.

Who sells AMD are the big OEMs, the big cloud providers, which are in the Brazilian and Latin American markets.

In terms of supply, we currently face no issues with the delivery of EPYC processors to the market. We know that there are other parts and pieces that, within the supply chain, have affected production. But that's not the case with AMD's EPYC processors.

As for other production hubs, there is currently no other location in sight for manufacturing our chipsets other than where they are already manufactured. We haven't heard anything, here at AMD, in that sense.

Want to read more information about How AMD plans to gain market share in cloud, datacenters and HPC?