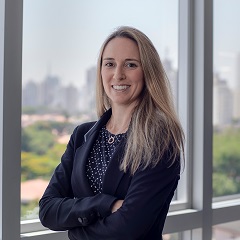 Indeed, as countries in the region focus on how to reduce inequality and improve the provision of social services, getting more investment flowing is a plank in any strategy behind long-term, sustainable funding solutions.

Over the past years, in the wake of the commodities collapse, the task has become harder.

Red tape has also dampened investment. To explore the issue of investment barriers and how to overcome them, BNamericas spoke with corporates and M&A-focused lawyer Luciana Tornovsky, a partner at Brazilian law firm Demarest.

Tornovsky, who holds a master’s degree from Harvard Law School, is an officer of the International Bar Association (IBA), among other positions. Tornovsky, who also holds a postgraduate degree from the International Tax Program at Harvard University, was a co-chair of the IBA Latin American Entrepreneurship Conference, held in November in São Paulo.

BNamericas: Although Latin America is not a homogenous region, generally speaking, what needs changing in terms of regulatory frameworks to attract increased investment?

Tornovsky: In terms of regulatory frameworks, the essential measures that we need to implement as soon as possible in order to attract new investors in Latin America are to reduce bureaucracy and the level of governmental controls. With this in mind, the Brazilian Economic Freedom Act (Federal Law. 13,874) was published on September 20, 2019, aiming to guarantee more independence in the management of business and to ease the formalities and bureaucracy of the regulatory agencies, encouraging the development of businesses in Brazil.

The main changes relate to the autonomy of the entrepreneur to run his/her own business, in view of the principles of incentive towards private initiative and the free market, combined with the proposal of minimal state intervention in the operation of business activities. The Economic Freedom Act also introduces legislative changes to reduce bureaucracy in the processes of incorporation and operation of companies.

BNamericas: What are some of the associated hurdles/challenges?

Tornovsky: The associated hurdles/challenges are mainly cultural, considering that the bureaucracy and the setting up of strong regulatory agencies to control foreign and domestic investments and divestments in Latin America’s countries are directly related to the lack of trust in the individuals doing business in the region. The principal challenge is to change the mindset of the population and make them aware of the benefits of good practices, which could, in an ideal future, cause public authorities to rely on entrepreneurs and to make regulations on capital injections more flexible to attract new investors and facilitate the incorporation of companies and development of business in Brazil.

BNamericas: Are there any types of investors that are particularly impacted by unfavorable regulatory environments (small, large, domestic, foreign, etc.)?

Tornovsky: All types of investors are impacted by unfavorable regulatory environments, since strong regulations aim to prevent misconduct and corruption in different segments and at different levels, making it difficult and bureaucratizing the growth of small and domestic business, as well as the development of large and foreign investments.

BNamericas: Why are we in this situation and why do we have regulations that are not very investor friendly?

Tornovsky: We are in this situation of not having investor-friendly regulations since Brazilian people are unfortunately culturally typecast as unreliable, considering the corruption cases that have involved the 'Brazilian way of getting things done'. In this way, the non-compliance with applicable laws and the deviation of purpose consequently result in stricter rules regarding investments in Brazil, aiming to prevent and punish acts of misconduct, but automatically affect those who intend to do business in the country in a correct and lawful way.

An example of how cultural issues affect the economy are the Nordic countries, in which people strictly comply with the rules and legislation: there is transparency, political consciousness, social reliance and, in the event that an individual or company fails to comply with the rules, the penalties are legitimately applied and enforced. As a result, the regulatory environment tends to be more flexible and favorable for investors. There is still much to be done in terms of the Brazilian regulatory framework, but efforts are already underway to bolster compliance and corporate governance in the country and, with such improvements, more favorable conditions will encourage investment.

BNamericas: As stronger growth is vital to efforts to reduce inequality, do you think we will see governments in the region sharpening their focus on pro-investment rules, etc., over the coming years?

Tornovsky: Yes. Brazil has a great potential and a huge market, in addition to having a wealth of natural and basic products, which is very attractive to investors. The stronger growth and development of the country, which would promote the reduction of inequality, will depend on the government’s commitment to overcome the bureaucratic system to attract investors; to encourage anti-corruption policies, aiming to improve the reputation of Brazil and Brazilians in relation to compliance and the rule of law; and to effect a change in the population’s mindset, so that strong regulatory agencies and strict control would no longer be deemed necessary. In turn, less complicated legislation would bring more legal certainty to foreign investors.

These circumstances are not unique only to Brazil – a number of other Latin American countries are experiencing similar challenges to investment. However, the commitment of governments, as mentioned above, will undoubtedly pave the way for greater equality and a more transparent and simplified system which, ultimately, will result in a more friendly and favorable investment region as a whole.

Tensions rise in Brazil ahead of Lula's swearing-in ceremony

Want to read more information about How to spur the flow of investment in Latin America?