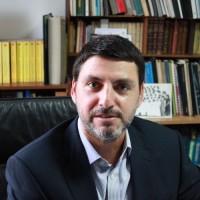 With the Peruvian economy running at 44% of capacity, President Martín Vizcarra's administration earlier this month decreed the gradual resumption of full economic activity.

In the case of mining, the reactivation will start only with large-scale operations and projects considered to be of national interest, including Quellaveco, one of the largest open pit copper deposits in the world.

Peru's deputy mines minister, Augusto Cauti, talks to BNamericas about the expectations for this first stage of the reactivation, which would start with 20 to 30 companies that account for up to 70% of domestic mining GDP.

BNamericas: After the decision to reopen, how are the various companies progressing with the resumption of their activities?

Cauti: We're advancing insofar as we can because the health situation is very difficult. Last week the regulations for a first phase actually came out. At the moment companies are making plans in accordance with the protocols of the health ministry and the sector. When they're met, a first group could start operating in this first phase.

BNamericas: When could this first phase begin?

Cauti: The plans are already starting, which will be reviewed and approved in the coming days. I don't want to give deadlines, because it would be a little speculative. Everything will depend on the plans presented by the companies and the work of the evaluators, but I think that, if they're well presented, some companies could start this week once they're given the go-ahead to proceed with the reactivation.

BNamericas: How many companies could enter this first phase?

Cauti: All of those that meet the technical criteria, such as having production above 5,000t [per day], having camps, not reporting administrative stoppage orders, complying with all the protocols of the health ministry and registering in their records, basically.

We hope that 20 to 30 companies will join this phase. Each phase will be subject to an evaluation to proceed to the next one. Now we're focused on the first one.

Everything is managed with objective and technical criteria. Companies that comply with them will obtain approval.

BNamericas: Will projects like Quellaveco, Mina Justa, Cuajone, Toquepala and the Toromocho expansion be included in this first phase?

Yes. Mainly there will be companies with production greater than 5,000t and mine construction projects declared by the different governments as being of national interest, including Quellaveco, Mina Justa and the Toromocho expansion.

We haven't done it thinking about names, but about big projects. All those that are within the stated parameters should start operating.

BNamericas: What percentage of companies would enter this first phase and when will operations be completely normalized?

Cauti: We calculate that, with the first group in the first phase, we could reach between 60% and 70% of mining GDP. Activities will be resumed completely as soon as possible.

The government's expectation is that the four phases to reactivate the economy will take place in the coming weeks, subject to what is indicated by the multi-sectoral commission that meets every week.

I can't anticipate the dates, because this evolves every day and everything is subject to evaluation. Now we're interested in the first phase going well. We're focused on that.

BNamericas: How has the mining sector been affected so far?

Cauti: It's still a little difficult to measure, because this is a situation with a lot of uncertainty, a lot of volatility. It's clear that the issue of prices will have an influence. In the case of gold, prices are rising, and this may be an incentive for greater production.

In the case of copper, for example, as there's more demand and countries such as China, the US, Canada and Korea recover, the mining sector could reactivate better.

As the pandemic has also affected stocks, prices haven't fallen very sharply in the case of copper and this could also help the reactivation to take place quickly.

BNamericas: Will projects or investments be postponed?

Cauti: We haven't received any news in this regard, except for the public statement from Anglo American, in which it states that in these three months it will have move carefully, because there are some supplies, goods and equipment that come from other countries and have had problems. We haven't yet had any news of deferrals. It's still too early to evaluate that part.

We're focused on the first phase now, in which the companies comply with the protocols, in verifying procedures to resume activity and normalize it as soon as possible.

BNamericas speaks with Gonzalo Banda, a political analyst and columnist from Arequipa, about Peru’s regional election results and the implications ...

Anglo American: progress on the impact study of green hydrogen in Moquegua