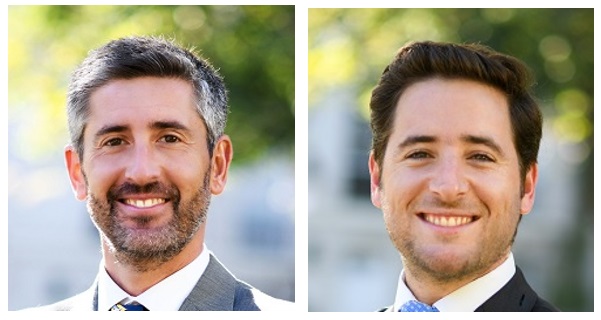 Chilean lawmakers are debating a bill – submitted in 2017 – that reduces the normal working week to 40 hours from the current 45 hours.

This would bring Chile in line with the large majority of OECD member nations. A big unknown is what impact it would have on productivity.

Worker productivity levels in Chile, in terms of average hourly contribution to GDP, are below the OECD average. The last time hours were reduced, no significant uptick was observed and boosting these levels appears to require a combination of incentives and measures.

To find out more about the draft legislation and the area of labor productivity, BNamericas speaks via email to Sebastián Parga and Jorge Montes, partners at Chilean law firm Parga, Montes & Vasseur Laborales, a company specialized in labor law.

BNamericas: Regarding the bill that reduces the normal working week to 40 hours, what’s the state of play?

Parga & Montes: On 18 October 2022, the last update occurred in processing the bill that reduces the normal working week to 40 hours, when the first report with new amendments was issued in the senate’s labor and social welfare committee.

This process is part of the second constitutional stage, and the gradual implementation of the law was mainly analyzed, as well as the different flexibility mechanisms, for which different economic sectors and industries – in terms of labor matters – were considered.

The committee unanimously approved the labor code rule that reduces the working week to 40 hours from 45 hours. Although the media have covered this news a lot, it is not conclusive and there is a long way to go before it becomes a definitive rule in the bill that will be voted on in the full senate.

BNamericas: Regarding the current working week, what are the typical characteristics?

Currently, there are certain working weeks that differ from the ordinary one: the special shift of the teaching statute which is 44 hours a week, that of private domestic workers, of transport and of port workers; the extraordinary working week that exceeds 45 hours or the mutually agreed shortened working week.

BNamericas: In general, what are the arguments of the bill’s supporters and opponents?

Parga & Montes: There are many opinions for and against the bill that, at present, has been amended following parliamentary and social debate on the effectiveness on the lives of workers of the draft legislation under discussion.

In short, to answer the question, it is necessary to know what the purpose of this is. The message of the bill submitted in 2017 indicates that the reduction of the working day is aimed at increasing the quality of life of workers, ending precarious employment.

Establishing the meaning of the bill, in its origin at least, and remembering the vision of the economist Carl Shapiro – an expert in industrial organization – the productivity of workers depends positively on the salary received. According to this hypothesis, with better working conditions, workers will have greater job satisfaction, supporting greater willingness to work harder at what they do, consequently affecting productivity.

In this respect, if the bill is analyzed from the point of view of the efficiency hypothesis, it is inferred that the reduction of the working week would not have a greater effect than an increase in wages would, therefore, the effect of higher productivity would not necessarily be observed either.

In this sense, the Asociación de Emprendedores de Chile [Chilean association of entrepreneurs] stated that the reduction of the working week, closely related to the increase in the minimum wage [the government has said it wants to raise this to 500,000 pesos a month] and the effects of a future pension reform, would imply an increase in the labor costs of SMEs of between 30% and 40%.

From this perspective, some have called on legislators to consider the various productive realities of the country, calling for flexibility in the bill. On the one hand, a survey by Laborum, a consulting firm and headhunting platform, showed that 59% of Chileans had thought about quitting their job. On the other, the 2022 worker analysis conducted by the human resources consulting firm Randstad found that 67% of the country’s workers preferred to remain in their current job rather than be out of work.

These surveys reflect two important characteristics of the labor market: low wages and a poor working environment. At present, then, it is not possible to understand the employment relationship through just two concepts such as work done and salary received. Work has become more complex in the last decade and workers no longer only seek to receive a salary in accordance with the work done, but also other elements of the employment relationship such as the flexibility of the working day, work modality, vacation days, good relationship with management, professional recognition, opportunity for growth, etc.

As can be seen, there are different opinions regarding the bill, which has undergone modifications since its submission in 2017 and the present. Despite the differing opinions, a reduction in the working day can be considered an investment that involves certain risks, but which has a high rate of return expected in the long term, both from a social point of view and in the profitability of companies.

In general, those people who are against the 40-hour bill base their arguments on the country's economic situation and low productivity, which may seem inappropriate considering the global and national economic framework.

BNamericas: How do you compare Chile’s productivity levels with those of OECD countries?

Parga & Montes: Until 2021, among the OECD countries – whose average weekly hours worked was 37.2 – Chile had an average of 42.7 hours worked. This number is very relevant to compare the productivity levels of Chile with those in the rest of the OECD countries. The OECD figures show which countries contribute the most to GDP and if these are analyzed to measure GDP per hour of work, the total hours worked by all the people involved in the production process are taken into account.

This measurement, however, does not fully reflect the level of productivity, since it doesn't consider the skills of workers or technical and technological advances, among other factors.

According to other OECD data, in 2020 each worker in Chile contributed an average of US$30.4 an hour to national GDP. However, of the 39 countries linked to the organization, Chile ranks 36th, just above Costa Rica, Mexico and South Africa, but below the OECD average of US$54.5.

So, viewed from a quantitative point of view, with the reduction of the working day, productivity would decrease even more: according to estimates by the national productivity commission, compared with 2020 (it's not complicated to apply figures in a year of pandemic), between 0.1% and 0.4%.

Therefore, there would be several factors to consider in order to increase productivity: competition in the markets, the internal social benefits of each company, salary increases, etc. To affirm that the reduction of the working day will produce a considerable increase in productivity is not entirely true. In fact, that did not happen in 2005 when the ordinary working week was reduced to 45 from 48 hours.

BNamericas: Are there any initiatives to improve the country's productivity levels?

Parga & Montes: Although not every bill directly seeks an increase in productivity, it is possible to state that there are currently several bills that seek to increase the quality of life of workers in the work environment, allowing productivity levels to increase in the country. As said, to measure productivity it's necessary to consider several factors. So, ESG criteria – environmental, social and corporate governance – have been implemented in companies in different economic sectors.

These are factors that are taken into account when investing in a company, so that not only financial aspects should be considered, but also those that can affect the valuation of the investment in the future. The social criterion is fundamental. It refers to the effect, on the social environment, of the activities carried out by a company from the point of view of diversity, human rights, administration, healthcare and philanthropy. Here, with the social pillar, the productivity of a company is analyzed.

So what bills seek to increase the country's productivity levels? The one, for example, that seeks to strengthen parental co-responsibility in terms of maternity and paternity protection, increases parental leave to 30 from 5 days and extends maternity leave to working fathers, as well as the right to a nursery for all workers.

There is also the bill that modifies the profit distribution system or legal bonuses. Let us mention the bill that establishes measures for the inclusion and labor participation of trans people at work. Or the one that modifies the labor code and introduces criteria that promote objectivity and anonymization in the processes of selection and hiring of workers. Finally, and without limiting this list to all the bills, a bill that seeks to consider compensation for the death of a worker as an inheritance is currently being discussed in the lower house. The labor minister has indicated that these will be a priority for the current government.

Chile has achieved an impressive recovery from the COVID-19 crisis, but the pandemic has hampered past progress in reducing poverty and social disp...

Moody's downgrades Chile's ratings to A2, changes outlook to stable from negative