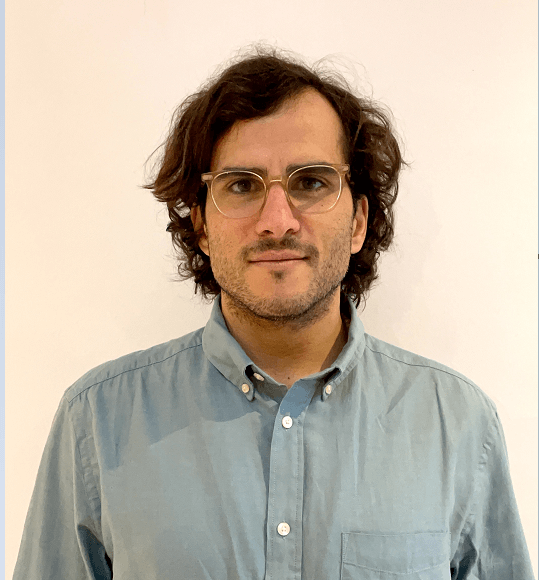 A law will come into force this weekend in Chile that prohibits single-use plastics, such as containers and utensils, in the food retail industry and requires the use of recycled material in the manufacture of plastic bottles.

The legislation follows other regulations applied in previous years to limit the amount of plastic waste in the country.

To find out how the private sector has prepared for the new rules, and what other investments will have to be made, BNamericas spoke with Alberto Contardo-Sfeir, founder of biodegradable packaging firm Empaque Sustentable.

BNamericas: How has the private sector prepared for the new plastics law?

Contardo-Sfeir: From the point of view of food packaging supply, which is what we see, this is a consolidation of public policy and certain market trends that we’ve seen in other countries.

We at Empaque Sustentable, who have focused on having a 100% plant-based offer since 2019, have been prepared for this for a long time.

The market in general, especially industrial customers, have been preparing since the passing of the law in two main ways.

The first is to get informed, because there was a lot of misinformation in the packaging market in general and they’ve begun to take supply actions in order to be prepared to offer products that comply with the law, mainly in companies that provide services to mining and big construction companies, etc.

BNamericas: In your opinion, which aspect of the new law will be the most demanding in terms of investments, infrastructure or value chains?

Contardo-Sfeir: From the point of view of implementation, the most difficult thing for companies is to be able to adapt their machinery to the use of new materials. There is a challenge there because companies have to see if they can adapt the equipment they already have or are they going to have to change their production lines.

That’s where there’s also resistance from some players in the traditional market, but this is something that’s here to stay.

But, without a doubt, it’s a big step forward in terms of public policy that awareness is generated that providers have to regulate their supply, and that users begin to demand elements that don’t pollute.

BNamericas: What role will Empaque Sustentable play in the implementation of this law?

Contardo-Sfeir: What we do is solve the problem of plastic in packaging for brands, helping them meet their sustainability goals, and creating responsible consumption.

We deal with food packaging in Chile, offering an alternative that doesn’t use plastic at all and instead uses biodegradable and/or recyclable materials.

That role has been accentuated since the law was signed six months ago, and we also play an information role.

People have approached us, they want to understand the law and see the value behind this change, not just the obstacles.

This is extremely important, because by changing the perception instead of seeing an expense, companies begin to see this as an investment in brand value, sustainable development goals, corporate social responsibility, etc.

We currently work with large industrial companies in Chile such as Sodexo, Aramark and Gate Gourmet, which are dedicated to supplying food to workplaces.

We also work with medium-sized companies like Fork, and we have many SME clients from Arica [in the north] to Puerto Aysén [in the south]. In total we have more than 800 clients, and we expect more after the law goes into effect.

BNamericas: Empaque Sustentable has plans to open new business units. What sectors would you seek to enter?

In the latter there are many disposable supplies that are made of plastic, and due to the nature of their type of use, they cannot be washed or reused, nor can their materials be recycled.

There is a tremendous opportunity from the environmental and business point of view to make the change from this type of material that also produces a large amount of emissions in the production process, towards materials generated by renewable energies and that can be composted once discarded.

We have a couple of interesting prospects in health that we’re going to exploit this year, and the same in agriculture, which is also turning in that direction, although not so much in terms of domestic demand in Chile but in companies that export to European markets where products are required with packaging that is compostable.

This year we’re also starting a round of capital raising, and we’re looking for an investor with a contribution of 250mn pesos [about US$300,000] and help us meet the demand expectations we have for this year.

BNamericas: Along the same lines, Empaque Sustentable also has expansion plans outside Chile. What countries would have potential for the recycling and packaging industries?

Contardo-Sfeir: We have prospected Mexico, Peru, Colombia and Uruguay in terms of bags. All these countries, since 2017, have started to modify their legal frameworks regarding how waste is viewed.

With this, the perception of waste in the production process changes, and that is a rudder change that leaves a fertile scenario for the development of other regulations such as the laws on bags or, in the Chilean case, the law of extended responsibility of the producer [REP] and now the new law on single-use plastics.

In Uruguay they have a robust waste law and a bag law that is even better developed than in Chile, because it clearly defines what a bag is, what is allowed and what is not allowed, while in Chile it’s only specified that the fundamental component cannot be plastic.

In countries such as Uruguay and Peru, specifications of size, volume and thickness of the bags are required to guarantee their reuse, so all small bags or even paper bags that cannot be reused are immediately eliminated, and these have a brutal water and CO2 footprint.

BNamericas: In September, the environment ministry said the recycling industry in Chile requires US$800mn in investments to achieve the objectives of the REP law. Do you consider this estimate realistic?

Contardo-Sfeir: In terms of infrastructure there are a couple of composting plants in the [Santiago] metropolitan region, it’s something very incipient.

In the case of the traditional garbage collection industry, it’s not going to invest unless it’s forced to, because this is not a business for them today, but not going in that direction in the short term means increasing costs, and that can leave you out of the market.

There are companies that make these investments, but for this change to take place throughout the industry, the State has to be involved.

The Chilean regulatory framework is inadequate to get to that point. The fines are low and the inspections in practice have to be carried out by the user, and I don't know if a citizen wants to act as a police officer in this type of process.

And if the fine is less than the cost of transformation, one can avoid making the transformation indefinitely and assume those penalties as a normal cost.

This is seen in retail, where one can buy plastic bags.

But entrepreneurs have to understand that those who don’t convert their value chains towards sustainability are going to be out of business, because all the other chains, international and domestic, are going to be transformed and that’s going to change costs.

The central bank has already trimmed the key interest rate three times this year and further loosening is expected before the end of December amid ...

Chile minister on signing of tax agreement: 'We have to face this moment together'

The authority highlighted the spirit of dialogue that prevailed in the work done in recent days with the president of the legislative body, Ricardo...

Chile unrest: The toll on the economy

Statement of the OAS General Secretariat on the situation in Chile

Other companies in: Petrochemicals (Chile)