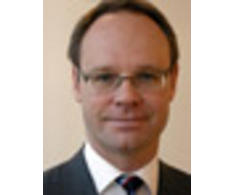 The 2nd LTE Latin America conference was held April 12-13 in Rio de Janeiro. Presenting at the event was one of the leading authorities on LTE, Thomas Norén, who heads the LTE program for Ericsson.

BNamericas spoke to Norén about his thoughts on the event, how the LTE ecosystem is shaping up in terms of devices, chipsets spectrum and how he sees Latin America's readiness for this upcoming mobile broadband technology.

BNamericas: What are your initial impressions of how advanced plans are for LTE in Latin America? Is it going to be launched a year or two behind more advanced parts of the world?

Norén: We did the first test in Latin America in December 2009 with Entel Chile. Since then, many operators have been focusing on their 3G roadmap, and some have also made change outs from CDMA to wideband CDMA, etc.

If you look at it from a global perspective, LTE has been deployed on eight different frequency bands by Ericsson, and many of those bands are available in Latin America. So I see no reason why that won't happen. Of course I think the overall industry has been taken by surprise with the speed at which LTE has been developed. Several months ago, we had already covered over 100mn people with LTE, mostly in North America, which is where the largest rollouts have been.

No other technology has grown as fast. There are commercial devices on all of these eight bands, and we see a very positive evolution in the overall terminal ecosystem.

I think most people expected there to be only dongles by this time, but actually Verizon launched their HTC smartphone a few weeks ago. There are tablets in the market. You have the first laptops with built-in LTE modules.

So there's an entire ecosystem with interesting types of devices - not only dongles, but smartphones and feature phones and tablets are coming along in LTE. That is very promising, and I hope Latin America will also catch on to this trend quickly and capitalize on the benefits of LTE.

Obviously there is the issue of frequency bands. I think most countries in Latin America are going for the 2.5-2.6 GHz band. I also expect things to be done according to international recommendations, to have a mix of FDD and TDD with 50 MHz for TDD and the rest for FDD. Because then they will follow Europe and Canada and the rest of the world, and it will be easier to get devices.

BNamericas: There has been some deployment of WiMax in Latin America, and there has been talk about the emerging TD-LTE technology giving those operators a migration path to LTE. Will that determine the way spectrum is allocated?

Norén: The spectrum that has been used for WiMax can also be used for TD-LTE as you say. The good news is that there is a very strong vibe from India, China and Australia to make sure that that technology is commercialized. China Mobile being behind it ensures a wide ecosystem for devices.

I think it's clear that WiMax isn't going to go very much further, and most WiMax operators have backtracked and said they want to build LTE instead. It sounds good and it is good, but you also have to realize that you cannot convert a WiMax device to an LTE one. So those operators will have to do a forklift of the equipment that they have deployed in their network, and they need to replace all of the devices they have for consumers.

Technologies are standardized in different ways. They're not compatible in the sense that you can run a WiMax device in an LTE mode; that's not possible.

BNamericas: One of the things operators have been saying is that before LTE becomes fully mature, they want to use their HSPA infrastructure as much as they can. Is that something that will prolong the life of HSPA and maybe delay the implementation of LTE?

Norén: I think they should absolutely do that, and we are taking care of that. You can leverage your installed base of HSPA when you deploy an Ericsson LTE network. And there are many aspects when you need to complement LTE with 2G and 3G also. Voice is one example. Before there is very good LTE coverage, you will rely on 2G and 3G for voice and also for roaming. So they complement each other very well.

The Teliasonera [Sweden] network was launched in December 2009. And for the first six months they had LTE-only devices, but by the middle of 2010 they had changed all those to devices that support HSPA, LTE and GSM EDGE. So all operators now launch multimode devices.

BNamericas: Do you see the device ecosystem as reasonably mature now, or is there still a way to go?

Norén: The device ecosystem will evolve gradually, and there are far more devices for HSPA than for LTE. But for being such a young technology, I think the number of LTE devices is amazing, and the quality and performance on those devices is also very, very good. If you read the reviews of smartphones and Samsung dongles and other devices, they are very positive. And over time the volumes will go up, there will be further refinements, the chipset sizes will go down, power consumption will go down.

Devices are a lot better now than when 3G devices were introduced. There's been a lot of learning in this. Ericsson has worked very hard in securing the device aspect. That is one of the things we learned from 3G; we really didn’t have a good enough test scope of the devices at the time. The initial devices were very poor, the power consumption was very high and they were not appealing compared to the best 2G devices at the time. I think we've rectified that when it comes to LTE.

We started with dongles just because the whole industry realized that the form factor is not that important. We've gone through that first chipset generation. We're now on the third chipset generation, and we're already seeing the first smartphones coming out. Motorola with their Xoom Android 3.0 Honeycomb operating system only supports WiFi, but you can get LTE installed on it. I think that shows that we will have a very large number of good LTE devices in the future, especially for the more advanced devices like smartphones and tablets.

BNamericas: With the huge demand for data, how do you see the backhaul situation? Do you think it is going to be ready or able to support the huge volume that is going to come with LTE when that reaches its peak?

Norén: You have to be very careful when you build your networks that you consider an upgrade of your backhaul network also.

What we've done at Ericsson is to ensure that our end-to-end product portfolio supports LTE. Our microwave product is constantly being upgraded to support higher speeds required for LTE and other transport solutions as well. I think that when you run an HSPA network now, you have to make sure that you have high quality, high-speed backhaul already. So if an operator is investing in that, they would normally do it in such a way so that it can be further upgraded or already has the capabilities required for LTE.

BNamericas: What do you expect to be the main issues discussed at the conference in Rio?

Norén: Many people want to hear about the experiences we've had from the real commercial launches that have been made and how those operators put up the programs. Another interesting topic is going to be around devices. Are they really there, are they expensive? People also want to hear a little about the user experience.

BNamericas: Some people might ask you about spectrum. You mentioned 2.5-2.6 GHz, there's also been talk about 750 MHz in Latin America, like in the US, and also 1,800 MHz, which is a band that hasn't yet been used much in the region. What do you think is going to happen with spectrum?

Norén: I think it will be very good for Latin America to have a 700 MHz band for coverage and then 2.6 GHz where you can have a wider carrier. 1,800 MHz is mostly used today for GSM capacity, but what is happening now in many parts of the world is that that is being re-farmed and used for LTE.

We announced the world's first 1,800 MHz contract with [Australian quad play provider] Telstra in February. And there is a device available from [mobile hardware, software, and connected services provider] Sierra Wireless, and they plan to launch a service on 1,800 MHz sometime midyear depending on how the network build-out and device supply goes.

Operators in both Asia and Europe are also interested in 1,800 MHz. It's a band that exists in many parts of Latin America, Europe, Africa, Asia and Australia. It has very wide coverage, so that speaks for a quick uptake of the ecosystem of devices. I think it is a very good band, and most operators have contiguous spectrum, which you need for LTE.

A problem facing some prospective borrowers in the region is a lack of credit information.

TIM focuses on tenders to ramp up industrial connectivity business