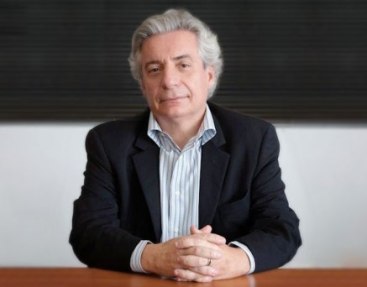 If the current confrontation between the US and Iran becomes prolonged it could pressure global oil prices and create a headache for the administration of Brazilian President Jair Bolsonaro.

With a strong pro-business narrative, Bolsonaro has said on various occasions that he had no plans to intervene in the pricing policy of state-run oil company Petrobras. However, if global oil prices come under pressure, the government could be pressed by Brazilians – mainly truckers – to prevent any major hikes in gasoline prices.

In addition, more turbulence in the global scenario, and particularly in the oil industry, could lead to delays in Petrobras' extensive divestment plans.

Adriano Pires (pictured), a prominent energy sector expert in Brazil and director of consultancy Centro Brasileiro de Infraestrutura (CBIE), talked with BNamericas about his views of the impacts of the US-Iran conflict in Brazil.

BNamericas: What is your preliminary analysis regarding the impacts on the oil and gas sector due to the conflict between the US and Iran?

Pires: The price of a barrel of oil has always been much more connected to geopolitical aspects than the pure and simple issue of supply and demand.

What is very important to underscore now is that the Arab countries, as is the case with Iran, don't have as much power to influence prices of oil nowadays as they had in the past.

Currently, the US is the largest oil producer in the world, so we see that factors involving the Arab world, such as last year's attacks against Saudi Arabian oil fields, have a very limited effect on prices.

BNamericas: How serious do you consider the current confrontation between the US and Iran?

Pires: The attacks against Saudi Arabian oil fields were isolated incidents. However, the issue now between the US and Iran seems to be more serious; it's a long-term issue.

If we have new events, new attacks from either side, we'll see this price level climbing to something like US$80 or US$90 a barrel in the short term.

BNamericas: What is the practical effect of this conflict for Brazil?

Pires: Brazil is a major oil producer and we export a lot of crude oil. The problem is that, on the other hand, we import a lot of derivatives, so a price increase makes oil derivatives even more expensive than crude oil and that has a negative impact on our trade balance.

Another problem is related to the transfer of high prices in the domestic market. If the price of a barrel of oil rises to US$80 or US$90, the federal government will have problems passing on this price to consumers, as it could create a lot of discontent and inflationary pressure.

At the same time, the current government is in the process of selling refineries and it can’t give the idea to investors that it is seeking to control prices, otherwise that will disrupt the asset sale process itself and reduce the attractiveness to the investors.

BNamericas: Petrobras has a significant asset divestment program. What would be the impact of the continuation of the conflict between the US and Iran on Petrobras' divestment agenda?

Pires: Conflicts represent instability and any investor is cautious in unstable environments. The current conflict, if it persists, could delay Petrobras' asset sale plans.

Three power transmission assets were damaged on January 8 and 9.

Want to read more information about US-Iran tension is risk to Brazil if pressure on oil prices persists?