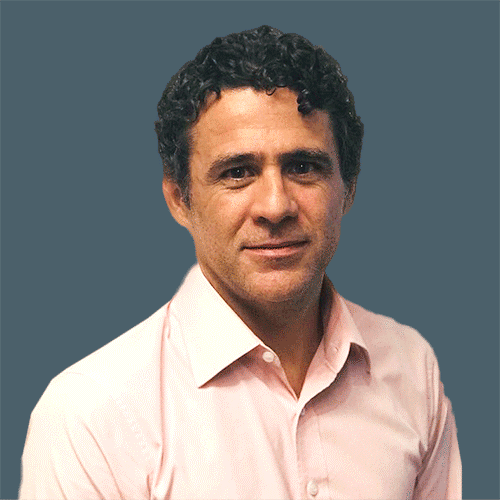 If Luiz Inácio Lula da Silva wins Brazil’s presidential elections on October 2, the economy is set to receive more public investments next year, while in the case of Jair Bolsonaro’s reelection, fiscal tightening and a drive to increase private participation are expected.

But either government will have to be pragmatic since congress will be dominated by centrist and center-right parties.

The vice president of consultancy Arko Advice, Cristiano Noronha, talks to BNamericas about the differing scenarios.

BNamericas: How will the presidential election play out?

Noronha: Lula is the favorite to win the election, but the most likely scenario is an election being decided in the second round.

If we compare the results of opinion polls and the final results since the 1994 elections, we see the difference between first and second place is smaller in the final result of the elections than the polls suggest.

Under this hypothesis, if the difference between Lula and Bolsonaro is greater than 10 percentage points in the first round, the scenario is practically irreversible.

But if the difference is smaller, there is still a chance that Bolsonaro will reverse the scenario in the second round.

BNamericas: And what configuration do you expect for congress?

Noronha: Left-wing parties tend to gain traction in this election, but their number of seats will not surpass 30%.

This means if Lula wins, he will be forced to negotiate support with centrist and center-right parties.

It is important to mention that, historically, congress always chooses, at least at the beginning of each administration, a favorable position for the government, but this need for Lula to seek support from parties more to the right will not allow the government to approve everything he proposes.

BNamericas: Given such a scenario, what are the expectations regarding a possible Lula government?

Noronha: I expect a pragmatic government. Lula cannot give up, for example, the support of some political parties that support Bolsonaro currently.

Now, from an economic point of view, I see a Lula government being more interventionist in the economy than Bolsonaro's.

More social spending is likely in the coming year. Lula said he wants to remove the spending cap rules, so we need to know what exactly he is going to propose so the government doesn't lose fiscal control.

BNamericas: And how would a possible Bolsonaro government act?

Noronha: This year we had an increase in [government] expenses, which always happens in election years. For the next year, the trend is to see the resumption of greater control over public spending. In addition, during his second term, Bolsonaro should try to push administrative reform and Petrobras' privatization.

BNamericas: What about the tax reform?

Noronha: Regardless of who wins, we will have some tax on profits and dividends. Everyone has already talked about it. What will differentiate Lula from Bolsonaro is that he will propose a higher tax and Bolsonaro a lower one.

Once this tax on profits and dividends passes congress, the appeal for a tax on large fortunes is likely to lose traction, even among Lula supporters.

BNamericas: Who would most likely be appointed economy minister if Lula wins?

Noronha: Candidate Lula has signaled that he would like to have someone with a political profile as economy minister and who has had experience in public administration.

Given this profile, I believe that there are chances that former or current governors linked to leftist forces, such as Rui Costa (Bahia), Wellington Dias (Piauí), Flávio Dino (Maranhão) and even Fernando Haddad, could be considered.

BNamericas: How are the chances of former central bank president and economy minister Henrique Meirelles, who supports Lula, to get the post?

Noronha: Some sectors within the Workers' Party still harbor resentment over the fact that Meirelles accepted to be economy minister during the Michel Temer administration, who took the place of Dilma Rousseff after the impeachment. This fact could make it impossible for him to get a ministry.

BNamericas: What role will development bank BNDES and other state lenders assume under a possible Lula administration?

Noronha: We are seeing a scenario of global crisis that should continue next year. Faced with this scenario, I see the government, if it is Lula's, trying to use public banks to stimulate the economy.

Currently, BNDES’ loan performance is less vigorous, because it no longer has the subsidized interest rates of the past. However, nothing prevents this model of subsidized rates from returning. Everything will depend on the international scenario.

But I do not expect any fiscal adventure from a Lula government either. He will be very careful not to commit any tax irregularities, as [audit court] TCU is very attentive.

Want to read more information about Which path will Brazil take in 2023??