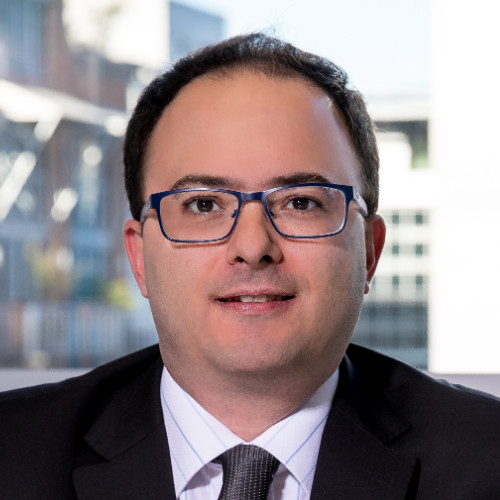 With several contracts in Brazil, wind turbine manufacturer Nordex expanded its local production capacity in 2021 and this year.

Today, the company manufactures blades and concrete towers in the country, where it also assembles nacelles and turbine hubs, for companies like Statkraft, AES, and Enel Green Power projects.

Despite the great potential for new business, Nordex country manager Felipe Ramalho tells BNamericas in this interview why margins are tight and sales focus on the free energy market.

BNamericas: What is the status of Statkraft Brazil's Ventos de Santa Eugênia project, whose turbines are from Nordex?

Ramalho: We’re executing the project. The 91 turbines will be delivered in 2023. This year we’ve already commissioned about 20 machines.

BNamericas: What other projects is the company working on?

Ramalho: We signed contracts with AES, referring to the Cajuína I and II projects, in Rio Grande do Norte, which are in the execution phase. For Cajuína I, there are 55 turbines, and for Cajuína II, 65 turbines, with a start-up date of 2023, probably by the end of that year.

Another project under development is Lagoa dos Ventos V, for Enel Green Power, whose contract we signed in 2021. By the end of this year we should have some turbines commissioned. There are 70 pieces of equipment scheduled to start commercial operation by the end of 2023.

BNamericas: Where is the equipment produced?

Ramalho: The machines are financed via [development bank BNDES's industrial financing unit] Finame, having the necessary local content to comply with the imposed rules. The blades are made in Brazil, and the concrete towers are produced in three plants, in Bahia, Rio Grande do Norte and Piauí, each one serving one of the projects mentioned.

And the nacelles and the hubs are assembled in a factory in Simões Filho, Bahia, where we receive part of the imported components and add to the local ones.

BNamericas: Does Nordex have new investments planned for Brazil?

Ramalho: We made capacity increases in 2021 and this year. For 2023, we want to maintain the occupation of this capacity as planned. The objective is to use this increase in capacity.

In the last two years, we went from a company with 200, 300 people to a company with 1,400 employees, as we expanded from one to three concrete tower plants.

There was also an increase in the O&M [operation and maintenance] area, because we put more parks into operation, which demands more technicians.

And we rented an additional warehouse in Bahia to expand the production capacity of nacelles. In terms of blades, we have four molds operating with our suppliers.

BNamericas: What are the business prospects in Brazil? The president of association Abeeólica, Elbia Ganoum, said there is a glut of wind projects in the country.

Ramalho: In fact, there are many projects on paper that are not being implemented because our clients, to whom we sell the turbines, are having some difficulty in getting the projects up and running with the energy rates that we see in the market.

In the last auction, few projects were contracted, and with an average of 170 reais (US$32.40)/MWh. We’re told that with this rate it is difficult to make new wind farms viable. So there’s a race for contracts and energy sales in the [free, non-regulated] private market to see if large industries are interested in buying energy at a slightly higher value, making the wind projects viable and giving the energy consumer long-term stability.

BNamericas: In this last tender, about 50% of the contracted energy had to come from small hydroelectric plants. Did this put further pressure on wind prices?

Ramalho: The wind industry has been suffering from cost volatility since the pandemic, with inflationary pressure, commodity crisis, war, and shortage of logistical means. All of these are affecting the industry in some way. There’s still demand for wind power, we’re alive, but we have been losing results and margin systematically. We try, somehow, to pass on this impact to our customers so that they can pass on the value of the power rate, but they have difficulty doing this.

BNamericas: Is Nordex targeting contracts in the offshore wind market?

Ramalho: From a global point of view, we do not have any offshore products. We believe that, especially in the case of Brazil, there is still a lot of room for onshore development. We understand it’s a possible market, but not in the short term, and it’s extremely risky.

We remain committed to the Brazilian market, which still has a lot potential to be explored.

Want to read more information about Why Brazilian players are racing to sell energy in the free market?