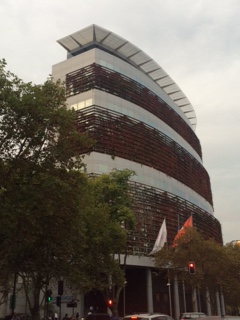 Chile's Consorcio Financiero plans an IPO, doubling the amount of assets under management and boosting operations in Peru after the International Finance Corporation closed a deal last week to acquire an 8.3% stake in the financial group.

As part of the agreement, Consorcio must become a public company.

"In the next five years Consorcio should be listed in the stock market," Marcos Büchi, president of Consorcio, was quoted as saying by local paper La Tercera. He put the most likely international offering at around 30% of the group's total shares.

For banking subsidiary Banco Consorcio the plan is to increase its current 1.2% Chilean market share in total loans to 2% in the short term.

In Peru, where Consorcio has a 40.1% stake in local insurer La Positiva Vida, "the market presents opportunities for achieving organic growth," said Büchi, although he spoke of the need to study the market impact of the country's pension reform, which allows the withdrawal of up to 95% of accumulated pension funds at the moment of retiring.

"The annuities markets could see a contraction," he added. "In the long term, however, this reform does not affect the appeal of the local insurance market, as in Peru an insurance product with associated savings will be increasingly important."

Finally, Büchi told La Tercera that Consorcio will more than double its current US$13bn assets under management in less than ten year.

The mine holds the leaders of the Huancute Annex and their advisers responsible in advance for any acts of violence that may arise from this illega...

Impulso Peru is underway with 24 legal devices published and actions implemented, in addition to 11 bills sent to the Congress of the Republic

Peru: Dialogue is strengthened with representatives of the Four Basins of Loreto and the San José de Saramuro commu...

Peru: Government must restore order in Loreto and stop acts of violence against the population and oil installations

SNMPE: It is urgent to reverse the crisis in the hydrocarbon sector to value Peru's oil and gas potential

Want to read more information about After IFC deal, Chile's Consorcio gets ambitious?