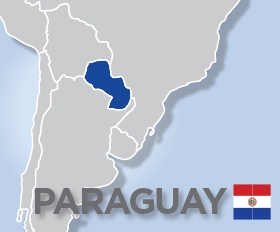 Amerisur Resources has announced the spudding of the Jaguareté-1 well, located in the San Pedro block in Paraguay's Paraná basin.

The spudding was carried out using the Quieroz Galvao QG-1 drilling rig and Amerisur expects to take 40 days to drill to a total depth of 3,300m, targeting the Santa Elena and Lima formations.

The formations have prospective resources of 106Mb of crude, the UK-based company said in a statement to the London Stock Exchange.

As a result of lower industry tariffs and the company's efficient logistical management, the dry hole cost, including logging of the well, is expected to be approximately US$9mn, Amerisur said.

"We are delighted to have commenced the drilling of Jaguareté-1 in the San Pedro block, the first exploration well in our active, fully funded 2016 work program," the company's CEO John Wardle said.

"Jaguareté-1 is an exploration well which carries risk in this new basin and, on success, has the potential to open up a new petroleum province in a country where Amerisur holds an attractive acreage position of approximately 4.8mn hectares covering four, 100% owned oil and gas permits.

Our work to date suggests that all necessary conditions are present for a commercial hydrocarbon discovery in our blocks in Paraguay and we look forward to updating shareholders in due course on the results," he said.

Announcing the planned well spudding in March, Paraguay's mines and energy deputy minister Mauricio Bejarano said in that President Energy and Hidrocarburos Chaco are carrying out exploratory work in the San Pedro Block.

Earlier this month, Amerisur set its capex for this year at US$62mn, of which US$9mn is for completion of Colombia-Ecuador oil pipeline Oleoducto Binacional Amerisur (OBA).

Paraguay and Azerbaijan explore commercial opportunities in oil and gas

Other companies in: Oil & Gas (Paraguay)