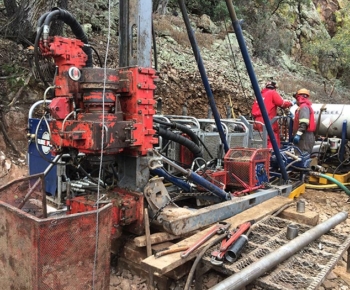 Azure Minerals is mulling the sale of its Mexican mining projects as the company’s focus shifts to Australia.

The Perth-based firm has started a strategic review to determine how to optimize the value of its Mexican precious and industrial metals projects.

Options include a full or partial sale, a de-merger or other transaction.

The move follows “outstanding success” in exploration at its Andover nickel-copper project in Australia, and interest from a number of parties in its Mexican assets, CEO Tony Rovira said in a release on Monday.

While Azure’s review is driven by successes in Australia rather than developments in Mexico, it comes amid rising concerns over the climate for mining in the country.

A string of mining projects have had permits rejected under the Morena party administration.

“Without getting permits, with all the challenges, without getting clear title, without the ability to develop mines, investors are quite concerned,” John-Mark Staude, CEO at Mexico-focused explorer Riverside Resources said.

“You have noticed that mining companies operating in Mexico have chosen to move outside Mexico as they have grown their business,” he added.

Other industry insiders raised concerns regarding a lack of clarity over government support for the sector.

“There is honestly a lack of government clarity on what support there is going to be for mining over the next 10-15 years,” Doug Cavey, VP of corporate development at Mexico-focused Defiance Silver, added.

New legislation – including proposals to nationalize the emerging lithium mining industry and overhaul concession fees – were also cited as key challenges for the sector by Fernando Alanís Ortega, president of industry chamber Camimex.

Mining and exploration companies have begun shifting focus away from Mexico toward jurisdictions viewed as more favorable to investment, such as Canada and Nevada.

These include Argonaut Gold, which acquired the Florida Canyon gold mine in the US in its takeover of Alio Gold last July.

Argonaut’s next growth phase is focused on Magino in Canada after it ran into permitting setbacks at its San Antonio and Cerro del Gallo projects in Mexico.

Excellon Resources also added US properties to its Mexico-heavy portfolio through its acquisition of Otis Gold last year.

Sierra Metals, which has the Cusi and Bolívar mines in Mexico and Yauricocha in Peru, launched a strategic review in January which could result in the sale of the company or some of its assets.

Azure’s strategic review will potentially bring the company’s substantial portfolio of Mexican projects on to the market.

These assets add to the string of potential M&A targets in Mexico’s mining sector, including SilverCrest Metals, which the Las Chispas silver-gold project, and gold miner Torex Gold.

The recent surge in metals prices will help Azure gain maximum value for its Mexican assets.

At Alacrán, the company has built up mineral resources containing 32Moz silver and 150,000oz gold, including a high-grade resource at surface of 15.5Moz silver averaging 275g/t.

At Oposura, Azure was previously eyeing full-scale production in 2021.

Azure also acquired the Sara Alicia gold-cobalt project in Mexico in 2017, where drilling has shown grades of up to 60g/t gold and 6% cobalt.

The company also has the San Agustín gold-silver project and Telix graphite property in Mexico.

First Majestic Silver, up to now a Mexico-focused miner, is planning a series of acquisitions outside the country and sales of non-core Mexican ass...

Almaden Minerals resumes exploration around its Ixtaca gold project in Mexico as it advances plans to resubmit an environmental permit after a prev...