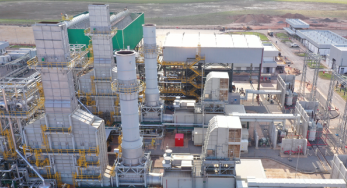 Brazilian electric power watchdog Aneel suspended the A-5 generation tender that was scheduled for September 16.

Aneel's special bidding commission suspended the process after it detected "inconsistency in the auction management system," the regulator said in a release, without giving details. A new date will be set, the regulator said.

In mid-August, the mines and energy ministry (MME) canceled the A-6 auction for new generation due to a lack of demand from power distributors.

Aneel was planning to hold both the A-5 and A-6 tenders on the same day.

"The cancellation of the A-6 tender stems from several measures underway, such as the proposed opening of the market, the expansion of distributed generation, and the de-contracting of [federal power firm] Eletrobras plants,” the ministry said at the time.

The September 16 auctions would have been the first in which small hydro plants would be included in quotas established by the Eletrobras privatization law, which stipulates the mandatory contracting of 2GW of hydro plants with installed capacity of up to 50MW by 2030. According to the A-5 and A-6 rules, 50% of distributors' demand must be met by this source.

Meanwhile, thermoelectric sources are expected to reduce their share in the Brazilian holding’s total installed capacity.