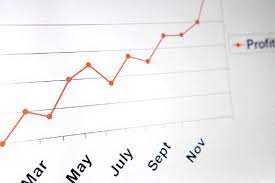 The Brazilian economy is slowing down as the monetary tightening cycle begins to affect domestic growth.

The country's GDP grew 0.4% in the third quarter compared with the second quarter, according to figures published by national statistics bureau IBGE on Thursday, below the 0.7% expected by analysts.

By comparison, sequential growth was 1.0% in the second quarter and 1.3% in the first quarter of this year.

Compared with 3Q21, GDP growth was 3.6%, while the year-on-year expansion for the first nine months of the year was 3.2%, IBGE reported.

"We saw the economic slowdown gain strength in the third quarter. The trend is similar for the coming quarters and I don't expect an economic contraction during the fourth quarter of this year," Luciano Rostagno, chief Latin America strategist at Banco Mizuho do Brasil, told BNamericas.

Rostagno estimates that GDP will grow 2.9% for the year, while in 2023 the economy will only expand by 1%.

One of the main reasons for the slowdown is the lagged effects of the aggressive increases in interest rates carried out by Brazil's central bank. The Selic base rate, which at the beginning of last year was just 2.0%, is now at 13.75%, as a result of the monetary authority's efforts to curb inflation.

According to a survey carried out by national industry association CNI, for 13 of the 24 industrial sectors analyzed, high interest rates were named among the top five problems in the third quarter of the year.

“The effects of the significant change in the [Selic] level have gradually been perceived more by businesspeople, becoming an increasingly significant problem for many sectors of the manufacturing industry," said CNI economic analyst Marcelo Azevedo in a release.

Even though interest rates are already weighing on economic activity, the central bank is only expected to only make a cut to the base rate in mid-2023, as it seeks to have more clarity on the fiscal plans of the incoming government and whether its plans may generate new inflation pressures.

A unique moment in Brazilian history is leading president-elect Luiz Inácio Lula da Silva to resolve issues that will shape perceptions of his gove...

IDC Brasil points out that 70% of Brazilian IT companies trust that elections will bring positive or neutral impact...