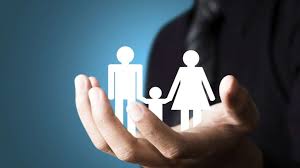 Chilean insurers would be largely prepared for the implementation of risk-based capital rules, a credit ratings expert said.

A risk-based supervision bill for the insurance sector was submitted to congress in 2011 but stalled in the senate after being approved by the lower house. It was revisited in 2018 and in 2019 in response to the social crisis, but again failed to advance and then the pandemic took precedent.

Authorities have published several versions of a draft methodology for determining capital levels, which insurers have used to conduct exercises of application, the results of which have allowed regulator CMF to fine-tune formulas and capital factors.

The first exercises involved significant capital increases for some companies.

After various exercises, companies "have shown an indicator that is very much in line with what is required under risk-based capital,” said Fitch senior director Carolina Álvarez during a webcast hosted by the ratings agency and Colombia’s association of insurers, Fasecolda.

“Therefore, we would not expect that companies would have to make major capital injections with respect to that of recent years, once it goes into force.”

Insurers are “very advanced,” Álvarez said, adding that implementation now rested on passage of the bill. “They have all the administrative structures needed.”

Risk-based capital, as defined by the US National Association of Insurance Commissioners, is a method of measuring the minimum amount of capital appropriate for a reporting entity to support its overall business operations considering its size and risk profile.

Jorge Claude, executive VP of Chile's association of insurers AACh, told BNamericas: "Six quantitative exercises have been conducted with regards to this matter. Consequently, companies are ready for when this enters force. Despite this, we would like to see some parameters calibrated."

Regarding resumption of discussion of the bill, Claude said "we doubt it will be this year."

With respect to implementation of IFRS 17, Chile is in the preliminary phases. Earlier this year CMF put out draft implementation instructions for public consultation until May 12.

“I believe we’re at too early a stage to be able to say what will happen,” Álvarez said.

In 2018 watchdog officials conducted associated research and the following year instructed insurers to evaluate the impact of implementation.

A key aim of introducing IFRS 17 is to standardize insurance accounting globally, to improve comparability and boost transparency.

A wide-ranging standard that affects various operational areas of an insurer, not just its accounting department, IFRS 17 is effective from January 1, 2023.

Chilean copper mine Los Pelambres and lithium producer SQM have faced social and labor issues in the last few days.

Chile’s new constitutional rewrite process: What you need to know

Agreement by Chile: Constitutional council, committee of experts and itinerary for the new constituent process are ...