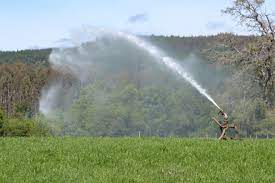 A proposed reform to Chile’s irrigation investment promotion law, currently being debated in the senate, would subsidize up to 95% of the costs for irrigation projects of small farmers and indigenous communities.

The bill was submitted in March 2021, but the subsidies were added as part of modifications proposed in September this year, while a joint agriculture and water resources committee only began voting this week, André Moreau, adviser to the national irrigation committee (CNR), told an irrigation efficiency webinar organized by Pontificia Universidad Católica de Chile.

If the senate approves the bill, it will move to the lower house for further review. “Supposing that the lower house doesn’t find any major obstacles, I believe we could have the new law by mid-2023,” Moreau said in response to a question by BNamericas on the status of the bill.

Another provision would require CNR-financed projects to return 20% of the water saved through efficiency measures to the original source.

Moreau also highlighted that farmers wouldn’t be considered small based on the farming area, as in the current law, but based on annual income.

Last year, CNR approved 118bn pesos (US$128mn) for irrigation projects under the current law, which covers a maximum of 90% of the cost.

At the same time, the central zone of the country should record temperatures above normal during this quarter.