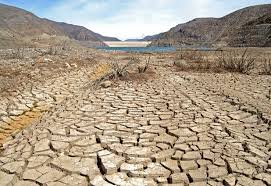 Chile’s public works ministry (MOP) will turn water authority DGA into a undersecretariat, giving it greater importance within the ministry, which will be renamed the public works and water ministry.

“There’s no State policy. Each government tries to say something that ends up being very similar to their predecessors,” DGA head Óscar Cristi told the senate water resources committee.

In its current state, DGA “is one more service fighting for its yearly budget” and that leads to it not having enough resources.

Cristi admitted that his office faces inspection problems, citing a 2011 study from the World Bank that warned there could be up to 150,000 water extraction rights that are not in the DGA’s registry, meaning the authorities cannot monitor them and are not aware of their current status.

“What this is going to do is to give water within the State a role that it currently doesn’t have,” Cristi added.

Last week, public works minister Alfredo Moreno told Radio Pauta that there is no coordination between the 43 government offices related to water, and that the creation of this new undersecretariat is meant to address that.

Chile is currently experiencing a drought that has lasted over a decade, with record low rainfall in 2019. Despite a rainier 2020, authorities expect more water scarcity in the years ahead.

Investments fell 20.2%, due to the energy and mining sectors, while figures for transport and port infrastructure increased.

Chile seen to be on the right sustainability track

Water worries for some in Chile's draft constitution

How Chile's proposed constitution could upset the mining sector

CAF and the GCF to finance green projects in Chile, Ecuador, Panama and Peru

WOM boasts of its ESG credentials