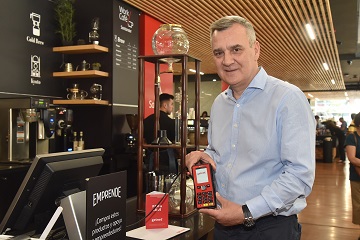 The investment fund market expanded 56.2% and foreign securities by 30.0%.

Chile’s main stock index, the IPSA, fell 8.53% during the year. The index hit an annual low in November amid social tensions but recovered ground in December.

The first country after Brazil to receive the service was Uruguay, which cut the ribbon on its first digital branch three years ago. Paraguay followed in 2018 and the service was rolled out in Chile and Argentina in 2019.

Itaú plans to migrate more clients over to its customer service solution in 2020.

Under the model, a client is assigned a digital (non brick and mortar) branch which they can connect to via a mobile app or website. Clients can also talk with a digital branch executive via online chat, email or telephone.

The service – which complements the bank’s network of physical branches – also has a special team dedicated to handling specific queries.

“The digital branch is the visible facet of a model that seeks to transform the lives of people via more agile, flexible and friendly processes that definitely bring Itaú and its clients closer together,” said Itaú Chile’s retail banking corporate manager, Julián Acuña.

Santander Chile continues to build out and test its own payment acquisition network, Getnet.

While other card issuers implement the requisite technical changes in 1Q20, the bank will conduct test operations using Santander cards only, a statement said.

Chile is overhauling the structure of its payment acquisition market, which is currently dominated by bank-owned player Transbank.

The country is implementing a so-called four-part model. Under the scheme, the roles of acquirer, issuer, merchant and cardholder are separate. Currently, banks authorize Transbank to use their payment acquisition licenses and negotiate with merchants on their behalf.

In creating its own acquisition network, Santander is a first-mover. Fellow lender Bci has announced it would follow suit.