Colombia on the verge of power rationing 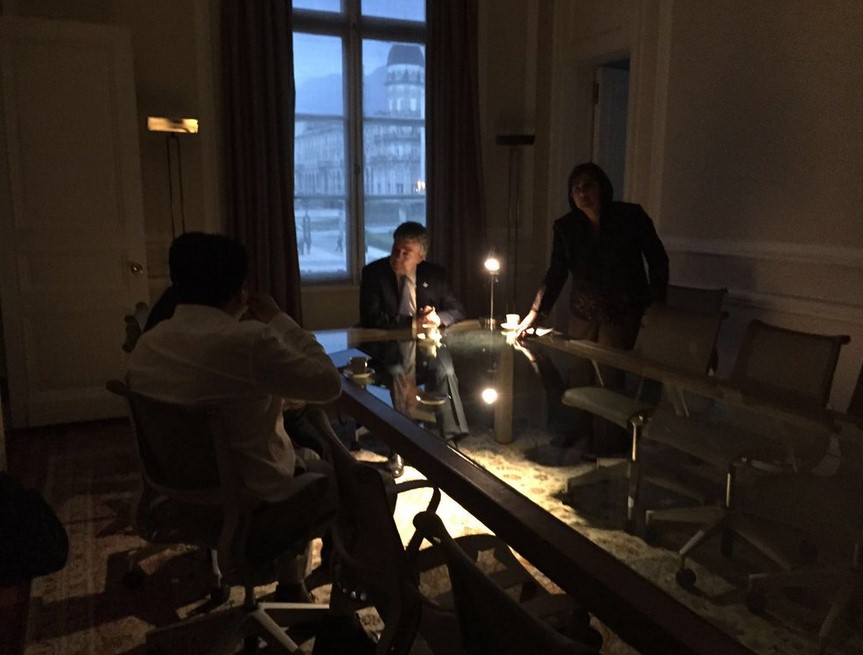 The shortage of rainfall will continue in Colombia due to weather phenomenon El Niño, according to local hydrology, meteorology and environmental studies institute Ideam.

Ideam highlights that although March kicks off the rainy season in large parts of the country, it is highly probable that the shortage will continue in the Caribbean and Andean regions.

A look at metrics from wholesale power market administrator XM brings this hydrology shortfall to the forefront, a situation compounded by thermoelectric plant contingencies and higher demand.

"Sector entities waited too long to react... we are at the limit," President Juan Manuel Santos said after announcing new energy saving measures, and accepting the resignation of mines and energy minister (Minminas) Tomás González (pictured below).

"Mines minister Tomás González has assumed the responsibility for the delay of these savings measures," added Santos, who appointed presidential minister María Lorena Gutiérrez to head the ministry.

The watchdog will be allowed to adjust rate formulas to establish a differential scheme for users and large consumers will be given an incentive to generate their own power.

"All Colombians should make an effort to save 5-10% of energy in March and April... the reservoirs are at the critical minimum," said Gutiérrez (pictured below).

Although not directly alluded to during the ministerial shuffle, González also had to juggle the oil price slump and its impact on E&P.

Local oil association ACP said previously that E&P investment in 2015 fell 28%, which resulted in a 74% drop in exploratory well drilling, 20% less seismic overall and a 75% reduction in onshore seismic, along with a 30% fall in production well drilling.

ACP economic affairs vice president Alexandra Hernández told BNamericas recently that what the sector needs is "more substantive measures that impinge on taxation-type issues from a structural point of view in itself, that is, an incentive to invest now, to accelerate and push forward investment."

Following González's resignation, ACP said "we expect that the change in leadership will not interrupt the processes and joint work underway. The industry requires urgent competitive measures to maintain its dynamism and contribution to development."

Want to read more information about Colombia on the verge of power rationing?