Developing countries urged to step up pressure during COP26 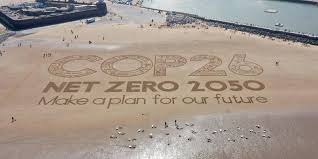 Developing nations are being urged to step up pressure on industrialized countries to increase their climate change financing during the COP26 summit in Glasgow, particularly regions such as Latin America and the Caribbean.

“There’s always a tradeoff in the negotiations between finance and the capacity and willingness of countries to commit to mitigation,” María Laura Rojas, executive director at environmental nonprofit Transforma told BNamericas.

Rojas said that while developing countries are, in most cases, the ones contributing the least to climate change, they suffer the most from the negative effects, and therefore financing should not only focus on adaptation, but also mitigation and damages.

Developed countries have faced criticism for not meeting their 2009 pledge to provide US$100bn a year by 2020, with the president of the COP26 conference, Alok Sharma, saying that this goal would only be met by 2023, Reuters reported.

Rojas added that one of the key items to look out for in the summit in Scotland is how the financing regime will be adjusted after the goal is met, assuming it is.

If negotiations fail or come off short of expectations, there could be increased pressure on major financial institutions to divest from fossil fuels, Yamide Dagnet, director of climate negotiations at the World Resources Institute (WRI) told BNamericas.

“It’s very important to hold their commitment to account, put pressure and we have seen some movement equivalent to boycotts with disinvestments, specially from major pension funds from Norway,” Dagnet said during a press event held by WRI to discuss vulnerable countries’ expectations of the COP26 summit.

At the same event, Mark Bynoe, assistant executive director at the Caribbean Community Climate Change Centre, said that his region has been sounding the alarm on climate change for years and that only recently has the rest of the world realized the severity of the situation.

“If we continue to put profits before people, and politics before action, we’ll all suffer one way or another,” he said.

The Brazilian state looks to attract private investment in the railroads.

Want to read more information about Developing countries urged to step up pressure during COP26?