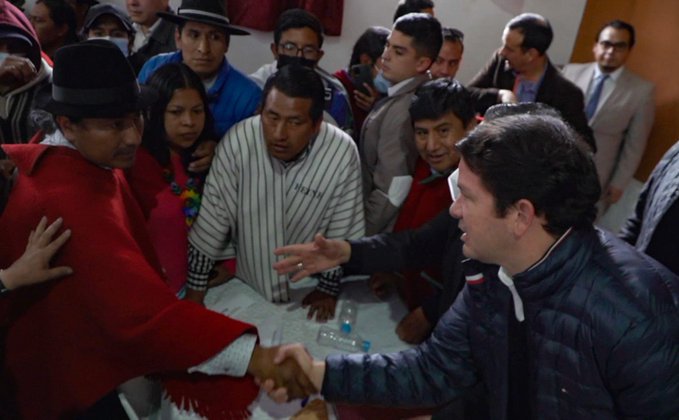 Ecuadoran President Guillermo Lasso has begun applying the agreements reached with the country's indigenous groups to end over two weeks of sometimes violent protests that generated losses of around US$1bn.

The peace deal signed between the government and the confederation of indigenous nations of Ecuador (Conaie) on June 30 stipulates that mining and oil production activities may not be carried out in protected areas, intangible zones, ancestral territories and archaeological zones.

However, the president retains the right to bypass this ban by using exceptional powers outlined in the constitution, as long as the legislature declares such activities to be of national interest beforehand.

Nevertheless, in an executive decree signed the same day as the protests ended, Lasso said he would not exercise this power.

The president also instructed the energy and mines ministry not to present or approve any new projects involving the extraction of non-renewable natural resources.

The president added that the activities in the aforementioned protected areas can be carried out if there are agreements prior to the issuance of the decree that respect the choice of local communities.

A court ruling barred the government from using frozen assets from a graft investigation related to the US$16mn contract for the Pedernales hospital.

The volume of project finance operations was declining during the peak of the pandemic, but an expert told BNamericas that coming quarters will see...