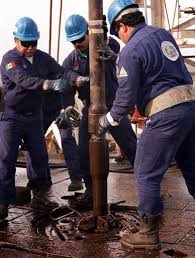 Mexican E&P regulator CNH has approved Eni's updated 2022 investment plan for its promising shallow-water Area 1 contract off the coast of Tabasco state, which involves total outlay of US$483mn between June and December 2022.

The updated plan adjusts Eni's spudding schedule for several prospects, including speeding up the spudding and completion of the Amoca-7, Amoca-9, Amoca-8, and Amoca-11 wells, with the latter two targeting a shallower area than originally planned.

It also includes the purchase of new seismic information for an area spanning 110km2 and pushes back development of two wells originally planned for this year.

Its aim is to compensate for lower-than-expected production owing to "an unexpected behavior of the wells," according to CNH. In total, the plan outlines the intention of extracting 10.5Mb of oil and bringing the area back in line with Eni's production forecasts, from which it started falling behind in February.

The area, which currently produces some 16,200b/d of oil and 24Mf3/d of natural gas, contains three discoveries: Amoca, Miztón and Tecoalli, some of the most important private sector discoveries made in recent years, with an estimated 2.1 billion barrels of oil in place.

Parent company, Italy’s Eni, invested US$407mn in 2020 to develop the A1 area off the coast of Tabasco state. It has plans to ramp up production eventually to 100,000b/d by mid-decade.

Last December, CNH president Rogelio Hernández Cázares raised concerns that measures designed to allow for natural gas production despite the absence of a key FPSO unit at Miztón could have damaged the field’s quality by reducing its pressure. The floating production unit has since arrived on site.

During the same extraordinary session on Thursday, oil and gas giant Pemex was given the green light to spud the Kela appraisal well in Veracruz state.

The well is aimed at reclassifying 14Mboe contained in the Kela discovery and has a 67% chance of success, according to the state-owned firm.

The commission also approved a request by BP and its partners Total, Hokchi and QPI to terminate their CS-03/2018 contract off the coast of Campeche state, where early exploratory activities did not produce encouraging results. The area will be returned to the State on November 26.