Gerdau CEO, executive VPs to step down in January 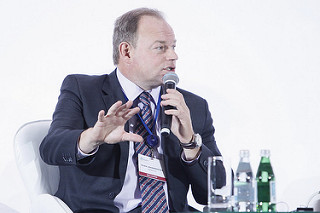 The three executives will remain on the board of the 116-year-old family-owned business, the largest long steel producer in the Americas. The executive director of Brazil business operations, Gustavo Werneck, will be the new CEO.

"We believe that the fifth generation of Gerdau's family members fulfilled the company's targets. Now we'll focus on Gerdau's medium and long-term strategies, besides supporting the administration team in their new goals," André Gerdau Johannpeter told analysts and reporters in a conference call on Thursday.

"We just ended an important cycle and are ready to start a new phase under Werneck's leadership."

The CEO confirmed Gerdau will continue with its asset optimization program.

Consolidated net sales for the quarter reached 9.17bn reais, down 10.6% year-on-year, while cost of sales slipped 10.2% to 8.23bn reais and adjusted Ebitda was down 6.7% to 1.12bn reais, the company said in its latest earnings release.

The mining association, which also represents miners with business in Latin America, has published investment principles and requirements to align ...

Want to read more information about Gerdau CEO, executive VPs to step down in January?