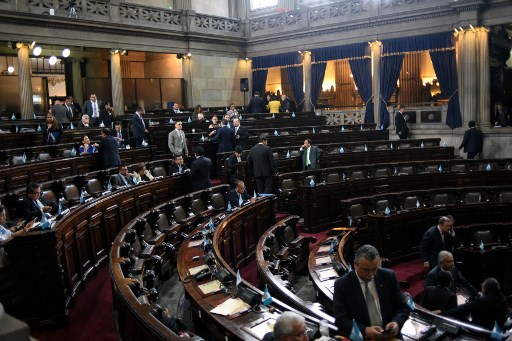 Guatemala’s congress has passed a law to establish leasing regulations.

Lawmakers approved the leasing law overwhelmingly. It will come into effect in the coming days and was first presented in 2014.

While leasing has been common in Guatemala, the legal framework had been unclear.

According to the text, “the objective is to regulate leases with purchase options. This mechanism is similar to a rent, with the difference that at the end of the contract term, the lessee can acquire the rented property at a low price.”

The law will allow businesses, individuals, and the state to rent equipment with an option to buy. Lawmakers claim the law will help the economy, especially small and medium businesses which will gain easier access to tools, machinery or vehicles.

Representative Karina Paz said in congress after the vote, “for our small and medium-sized entrepreneurs it is an excellent tool that allows them to obtain household goods, cars, trucks and investment machinery to generate employment and develop their businesses.”

Lenders will be entitled to recover their goods in case of non-payment, but they must also ensure equipment is well maintained before renting it out.

If a leasing contract covers real estate, aircraft or ships, it must be formalized in a public deed and registered in the property database.

In a statement, exporters association Agexport said the law is “an injection for the generation of formal jobs by promoting the development of companies.”

Public finances could benefit because the state may lease out some assets, and the law could help small and medium-sized businesses to maintain liquidity.

Leasing is among the government’s proposals to speed up economic recovery and attract foreign investments. Other proposals include tax free zones, better bankruptcy laws, and changes to public-private partnership oversight.

But previous reforms to part-time work legislation have remained stuck in congress for decades.

Lawmaker Rodolfo Neutze said after the vote, “the law regularizes and makes more transparent who finances and who is financed.”

The leasing law could help finance more projects, including social housing. Families could switch from renting to leasing with an option to buy, if they have sufficient assets or access to credit.

Guatemala’s 2020 GDP contracted 1.5%, the lowest drop in Latin America, according to the central bank.

The Government of President Alejandro Giammattei reported today that the construction process of the International Cargo Airport in the Pacific is ...

The Tarjeta Ciudadana project was due to start in 2020 but was delayed due to the COVID-19 pandemic. The initial cost is US$9mn but it could be exp...

Could Guatemala's port authority drag down the investment outlook?