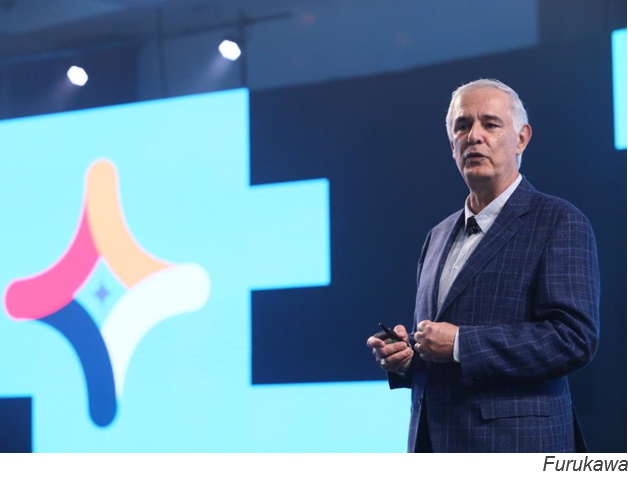 Japanese cable manufacturer Furukawa, one of the world's largest optical fiber suppliers, sees a new scenario for its operations in Latin America with changing fiber demand, increasing competition and new optical technologies and global branding efforts, according to a top company executive.

One of the key changes in market dynamics is related to the internet service provider (ISP) segment, which is undergoing consolidation and with many smaller ISPs buying cheaper cables.

“We’re not going to fight over 'commodity', [over] products everyone does the same. In the ISP market we used to have 60-70% of market share in cables. Today this has dropped to 20% after many [ISPs] went for cheaper products or products without the same quality,” Foad Shaikhzadeh, CEO of Furukawa Electric LatAm, said during a press conference at the company’s LatAm summit in Atibaia, São Paulo state.

In the last fiscal year, which runs from April to March, the LatAm unit recorded growth of 35% in Brazilian currency terms, to 2.7bn reais (US$502mn).

This year’s slowdown is partly due to the higher base of comparison, said Shaikhzadeh. From a demand perspective, the fiber optic market as a whole is seeing an adjustment after the boom of high-speed fixed networks for remote work and education caused by COVID-19.

According to some ICT executives, the pandemic has brought forward demand for fixed broadband that was only expected to come some 4-5 years from now.

Furukawa's slower revenue expansion is also due to lower-than-expected sales of fiber to ISPs, which has partially been compensated by growth in other segments.

“Now there is talk of neutral networks. Everyone wants to supply these companies. We’re already the main player,” said Shaikhzadeh.

“We’re the division at the Furukawa group that has grown the most in the telecom sector, globally. The mission we have now is to take the experiences from here to other countries, beyond Latin America,” he added.

These operations will not be integrated, but there will be a new identity and global branding based on a single platform to facilitate go-to-market and better reflect product synergies, Shaikhzadeh said.

Furukawa has four core business segments: communications, energy, the automotive sector and special products. Communications and automotive are the flagship segments, but the latter is much more focused on supplying cables exclusively for Japanese car brands, such as Toyota and Honda.

“In other words, the truly global division of the group is communications solutions. And this division is the first to make the move to have this global presence with a unique brand of products to market,” Shaikhzadeh said.

The Brazilian unit, which is a hub for the operations in Latin America and turns 50 next year, plays a leading role in the global strategy, according to the executive.

Brazil represents just over half of Furukawa's revenues in the region and is home to four of its nine LatAm factories.

The other plants are in Colombia (2), Argentina (1), as well as two in Mexico that serve the US market.

As other companies, Furukawa continues to suffer from supply chain problems due to the war in Ukraine and disruptions caused by the pandemic.

Hélio Durigan, VP of tech and innovation at Furukawa Electric LatAm, said he sees no improvement in the short term and even believes there is a risk of things getting worse due to increased tensions between China and Taiwan.

To partially offset the supply woes, Furukawa has taken action on two fronts: sourcing materials from other suppliers and, in the case of Latin America, a “nationalizing” strategy with more production processes brought to its main plants in the region.

This means adding products and new steps to the production process, said Shaikhzadeh.

In some countries, regulatory and tax aspects have hurt the company’s manufacturing operations.

“We have a plant in Argentina that’s suffering a lot from lack of import clearance [of products and components]. For a whole month, our import there was brought to zero. We still don't know if it was intentional, if it was a technical error or whether that was some control they [wanted to exert]."

With the strict rules imposed by the government to deal with its severe FX and inflation problems, Furukawa decided to operate the Argentina unit for local production only, without any importing.

The goal for the LatAm division is having 35% of revenues coming from exports and 65% from regional sales by 2025, according to Shaikhzadeh. In the last fiscal year, the figures were 29% and 71%, respectively.

Among the company's main tech bets for Latin America are growth in pre-connectorized solution adoption, fiber networks with security and monitoring features, and as-a-service models.

Furukawa is doubling down on a new product called InvisiLight, where the fiber installed at homes and offices is very thin and can bend up to 90 degrees in order to make it more discreet and easier to install.

It will make battle with a new product of fiber-to-the-room that Chinese rival Huawei recently unveiled for the Brazilian market and which has Oi as a client.

Furukawa's factory in the Brazilian city of Curitiba, together with a plant in Europe and another in Africa, has just undergone an expansion to produce InvisiLight, said Shaikhzadeh.

“Our forecast is that demand [for fiber] will quintuple," he said.

The first phase of the site is expected to go live in the first quarter of 2023. The company is still in talks with companies for site leasing, BNa...

Colombia: BTESA and ENENSYS team up to expand the delivery of TV channels for RTVC

Postpaid plans for telephone and mobile internet services increased capacities and do not exceed one hundred thousa...

Want to read more information about How Japan’s Furukawa plans to grow its LatAm business?