How the Santiago subway can help close social gaps 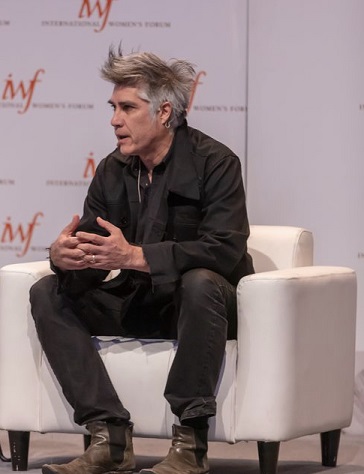 Santiago’s metro system, which was the flash point of the mass protests against social and economic inequality in 2019, could help to reduce social segregation in the Chilean capital, according to Alejandro Aravena (pictured), founder of local architecture firm Elemental.

The city’s subway network serves as a daily reminder of the wide income and development gaps between areas where people live and work, Aravena said.

“The metro reminds people every day that they don’t belong to the parts of the city where the privileges are located, and that reminder needs to be broken,” Aravena told BNamericas following a speech at the Cornerstone Conference of the International Women's Forum held in capital Santiago.

During the 2019 protests, which erupted after a hike in public transport fares that was later reversed, the metro network was the target of arson attacks, and it took nearly a year for full operations to resume.

One way to alleviate the public’s perception of the metro as a tool of segregation, Aravena says, is to reemphasize the role of public spaces in the city, something that will require state intervention.

Instead of looking at how to make people from more deprived areas gain mobility to better-quality areas, the State should look more at “how to make people move from an area that already has urban quality to an area that doesn’t have it now. Creating urban quality is an action that the state can plan out perfectly, but that’s not how things have been developed in the country,” he said.

In this scenario, the metro would become a link between areas with similar quality public spaces instead of being seen as a window to Santiago’s urban development gaps.

Improving public spaces in lower-income areas is something that the State should do actively instead of waiting for the market to carry out works spontaneously, Aravena added.

In particular he underlined the fact that some people in Santiago live their entire lives without seeing lower-income areas because of poor urban development, when in cities like Rio de Janeiro people often come into contact with different socio-economic environments, or go to public places with few social barriers, such as beaches.

“Cities are measured by what you can do in them for free. Public spaces have a very powerful role in redistributing quality of life. Therefore, we have to use the city itself, which has crystalized those inequalities, as a tool to correct them,” he added.

The Chinese electric vehicle and energy transition heavyweight wants to build a cathode plant and enter a mining project to secure mineral offtake.

Want to read more information about How the Santiago subway can help close social gaps?