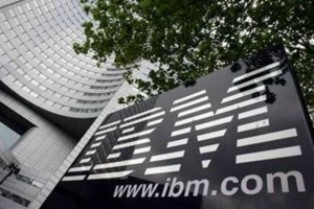 IBM has joined forces with Central American and Caribbean technology distributor GBM Corporation to form a new company aimed at accelerating the use of cognitive computing in Latin America, IBM announced in a release.

Cognitiva will be dedicated to cognitive computing, a new kind of computing that is aimed at addressing complex and often constantly changing problems by analyzing evidence on a large scale and then suggesting answers rather than giving numerical certainties.

In essence, cognitive computing systems can learn from experiences like humans and adapt accordingly.

Tens of millions of dollars will be invested over the next two years in developing the business in 23 countries with central hubs in Argentina, Chile, Colombia, Costa Rica and Mexico.

Consultancy IDC has predicted that Latin America will invest US$139bn in IT services in 2016.

IBM is making it easy for app development on Watson. Through its Bluemix cloud platform as a service (PaaS), apps in multiple programming languages can be built, run, deployed and managed in the cloud.

"Our vision is to pave the way for developers so that they can facilitate the access to Bluemix. We're going to help them build a business model and open up new markets," Cognitiva CEO Rolando Castro told BNamericas.

Watson is being trained to understand and operate in four languages besides English – Japanese, Arabic, Portuguese and Spanish.

Watson was the world's first open cognitive computing platform and first gained fame when in 2011, the system developed by IBM competed on TV gameshow Jeopardy against two former winners and won hands down.

More than four years on, IBM's vision is to use Watson, named after IBM's first CEO Thomas J. Watson, to transform industries.

According to Jorge Goulu, general manager for IBM Spanish South America, the development of Watson goes hand-in-hand with the explosion in structured and unstructured data and the need to develop systems to make sense of and act on it.

IDC has predicted that, by 2018, half of all consumers will be regularly interacting with services based on cognitive computing

Healthcare is a market that has been identified as key to cognitive computing, so a Watson Health division has been created.

According to Castro, these systems will be able to analyze thousands of documents on a specific illness in a matter of minutes and come up with recommendations that can be used for personalized treatment.

Initial work has been done in cancer treatment and IBM is working with 14 cancer research institutes to identify proteins that can prevent mutations of genomes that lead to cancer.

Watson has also been used to predict when blood glucose could reach dangerous levels in diabetics.

Goulu said that other industries that could stand to benefit from cognitive computing include retail, the public sector, security, services and contact centers.

Cognitiva is not IBM's first such initiative. Last year, IBM reached a partnership with Softbank to bring Watson to Japan and established a joint venture with Abu Dhabi investment company Mubadala to introduce Watson in the Middle East and North Africa.

Spotlight: The outlook for Ecuador's telecoms sector in 2023