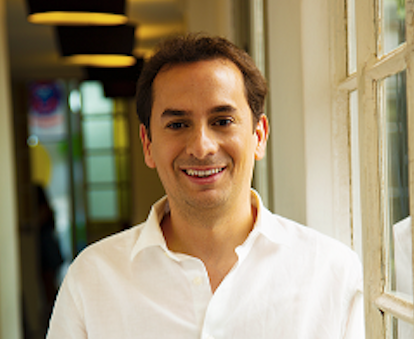 Argentina, like the wider Latin American region, is advancing along the insurtech highway.

Some of the country's biggest players have announced new digital services, among them Sancor and Allianz.

And last week stakeholders from the worlds of insurance and technology gathered in capital Buenos Aires for industry event Insurtech LatAm Forum. The conference was held to spur collaboration between tech startups and established players, and during a pitch day segment, experts crowned Leverbox - which connects users with workshops and parts suppliers in real time - the best among those that presented, said sponsor Río Uruguay Seguros.

According to research from local consultancy TBI Unit, in the sphere of mobile insurance services three of the five top players in the region are Argentine: Sancor Seguros, Mercantil Andina and San Cristóbal.

Against this backdrop, BNamericas spoke to Martín Ferrari, CEO of one of the country's insurtech trailblazers, 123Seguro, an online broker that was founded almost a decade ago.

123Seguro, spurred on by venture capital, is run by Argentines and employs a technological platform that was developed in-house.

The company currently operates in its home market and Colombia, and has announced plans to expand into Mexico.

BNamericas asked Ferrari (pictured) about the importance of venture capital, its Mexico plans, and more.

BNamericas: In general, for insurtechs in Latin America how important is having access to venture capital? Or in other words, are there alternative, feasible sources of financing for insurtechs?

Ferrari: For all companies that have technology and service as the focus of innovation, it is important to have strategic partners that provide smart money and spur growth. In the case of 123Seguro, we entered our first phase of operations with our own funds and angel investment. Without doubt, a seed funding round, where MercadoLibre, Alaya and NXTP Labs participated, was an important validation within the regional insurtech ecosystem.

The opening of new insurance product verticals is something that we're going to see within our platform, with the aim of meeting all the insurance needs that people have.

BNamericas: Any news about Mexico?

Ferrari: It's part of our medium-term plans. The Mexican insurtech market holds enormous potential for us. The size of the insurance gap, just in terms of auto insurance, is US$11.7bn. It is here where we can help people make the qualitative jump from not having insurance for their car to having a policy in a few minutes via their mobile phone.

BNamericas: How do you see the Chilean market?

Ferrari: The opportunity is huge: in Chile, the auto protection gap - that is to say, total unsold premiums for non-insured vehicles - is US$3.8bn, according to Swiss Re. As well, it should be remembered that mandatory insurance is separate from the voluntary insurance market, given that mandatory coverage is limited to liability for physical injuries to all parties [in a traffic accident].

In the country, the voluntary segment barely exceeds 20%, and this can be attributed both to different regulatory schemes, application of the law, and income required to access plans that, in general, are directed at the highest deciles of the population - and which therefore exclude a large chunk that could be potential clients.

BNamericas: The Argentine insurance market continues to shrink, as an unfavorable operating environment takes its toll. How has the company been impacted? For example, have you witnessed an increase or fall in the number of users or visitors?

Ferrari: Technology, and especially insurtechs and fintechs, can find growth waves within a scenario that seems unfavorable. Our numbers show that the pace of growth at 123Seguro has exceeded 100% in the past two years.

Clearly, distribution of insurance via the internet is still at a low level and in environments like we're seeing today in Argentina, people are looking to get the most from their budgets and the internet is an ideal way to achieve that.

BNamericas talks to Ignacio Oliverio, DHL Supply Chain director of transport for Peru, Argentina and Chile, about the sector's transformation and t...

Why fintechs don’t pose a threat to banks in Argentina

BNamericas speaks to local financial services analyst and adviser Marcelo Bastante about the state of play in Argentina’s fintech industry.