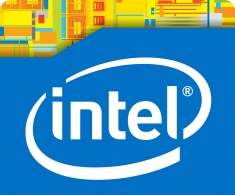 Intel's CEO Brian Krzanich confirmed on Thursday that the strong affinity for smartphones and tablets in emerging markets is slowing recovery in the PC segment in those countries.

This week, leading technology consultancies Gartner and IDC released global PC shipment numbers showing that PC sales started to recover in 2014, or at least not decline as much as previous years.

After two years of declines, the global PC business rose 1% in Q4, as consumer spending shifted back to PCs given already high penetration of tablets, according to Gartner.

Mature regions fared better than emerging markets, where there is still a strong affinity for smartphones and tablets, according to Gartner, something that was confirmed by Krzanich.

"You see the large growth that's occurring in phablets in the emerging markets. So bottom line, we're not expecting the emerging market recovery. We're not building our forecast on that," Krzanich said during a conference call on Q4 results.

IDC recorded worldwide PC shipments declining 2.4% in the fourth quarter, but above expectations of -4.8% growth.

Intel's Latin America director Steve Long told BNamericas in October that after hitting rock bottom with the PC business during the World Cup, Mexico and Colombia have been driving a revival in sales. In Chile, this has been fueled by the PC renewal cycle in companies.

Overall, Intel reported record revenue of US$55.9bn in 2014, buoyed by the reinvigorated PC market and a growing data center business, and saw progress in both its Internet-of-Things and mobile communications area.

"We met or exceeded several important goals: reinvigorated the PC business, grew the data center business, established a footprint in tablets and drove growth and innovation in new areas. There is more to do in 2015. We'll improve our profitability in mobile, and keep Intel focused on the next wave of computing," added Krzanich.

Long told BNamericas in October, following the Q3 results, that Intel may increase datacenter business investments in 2015 amid growing interest from customers.

Success of the datacenter business is linked to helping funding innovation in other areas, such as the internet-of-things (IoT) and mobile communications, which are key growth areas for Intel.

Innovation with IoT was the main focus of Krzanich's presentation at the Consumer Electronics Show (CES) the first week of January, where he demonstrated technologies, such as RealSense 3D technology and a wearable processor called Curie, a prototype open source computer the size of a button.

In December, Intel launched Edison, a tiny computing platform for wearable devices capable of communicating via Bluetooth and Wi-Fi, in Latin America. It costs only US$50 and is designed to pique innovation ideas in the region.

Intel's mobile and communications group saw revenue fall 85% in 2014 to US$202mn from 2013, as expected, due to reduced investments in improving its position in that market.

Nonetheless, Krzanich said that the company had surpassed its goal to ship 40mn tablets in 2014.

Tower companies and telcos in Brazil said what they think about the deal.

TIM focuses on tenders to ramp up industrial connectivity business

IoT, cloud and cold: The tech behind vaccine logistics