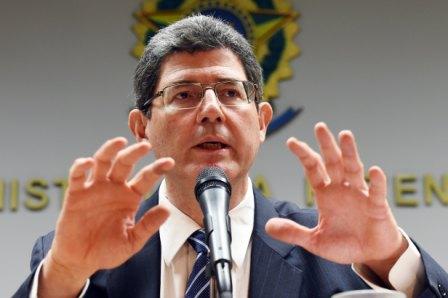 Less than a month after resigning from his post as Brazil's finance minister, Joaquim Levy has been appointed CFO of the World Bank.

He will begin his new role on February 1 at the financial institution's headquarters in Washington DC, where he will replace Bertrand Badré.

As the new CFO, Levy will be responsible for controlling the body's treasury, including financial operations, corporate budgeting and risk management. He will be second only to World Bank president Jim Yong Kim.

"Joaquim's tireless commitment to reform – oriented toward sustainable and inclusive development – is a significant asset to the World Bank Group as we review our finances and adapt to a rapidly changing environment," Kim said in a release from the World Bank.

"Joaquim possesses a rare mix of expertise in finance and markets, a strong country perspective, and insider knowledge of the multilateral system – all core to our success."

This will be the second international position Levy has held. From April to December 2006 he was vice president of finance and administration at the Inter-American Development Bank.

The country is highly dependent on hydropower, which could become a problem in the context of the worst drought in almost a century.

Susep has invited market participants to make suggestions for the creation of open insurance manuals.

The factors behind Brazil's economic resilience

Brazil’s high telecoms taxes: How can the sector lighten the load?

Spotlight: The growing influence of China in Latin America

What's behind the approval ratings of Brazil's Bolsonaro?