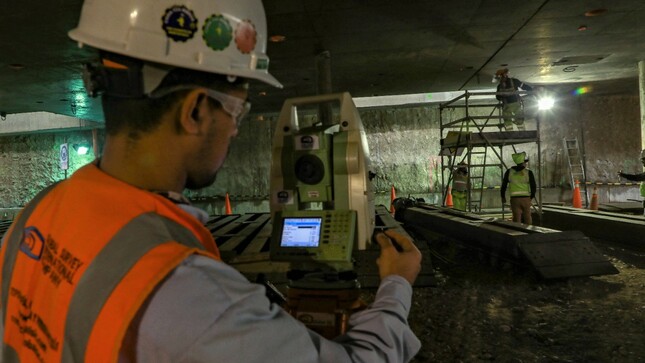 Statement from the Ministry of Transport and Communications

The work on Line 2 of the Lima and Callao Metro , the most impressive underground construction in the country, does not stop. They continue on 36 fronts simultaneously. Thus, the work at the Buenos Aires station, located in Callao, is 80% complete in civil works, that is, in the 'gray helmet', which involves demolition, modification and construction of structures.

It is expected that this stage will be completed next February so that the 'Micaela' tunnel boring machine can pass. This gigantic machine that departed from Insurgentes will also cross the Juan Pablo II, Buenos Aires and Puerto del Callao stations.

At the Buenos Aires station, 80 men join forces to formwork, place steel and pour concrete in order to speed up the pace and comply with the established schedule.

When the underground train is completed, passengers will be able to get from Ate to Callao in just 45 minutes, instead of the two hours it currently takes to travel that route by public transport.

This modern means of transport will mobilize more than a million people a day and will connect with other train lines and with other types of transport. In addition, it will boost the economy of businesses near the stations due to their accessibility.

Most of the mature projects are expected to start in 2023.

"Public-private partnerships offer a major opportunity to expand markets, create jobs, and contribute to the region’s economic recovery and growth,...

What factors affect the development of airport infrastructure in Peru?