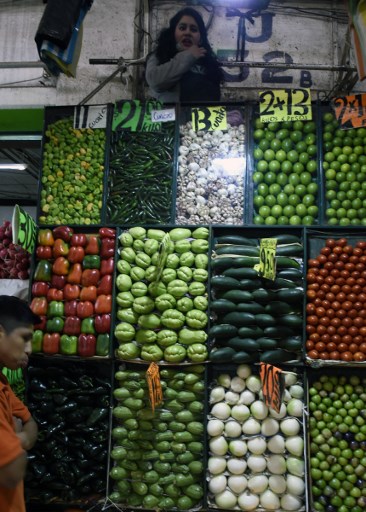 Alejandro Werner, director of the Western Hemisphere Department of the IMF, said the multilateral lender is willing to help in the eventual recovery of Venezuela, which has seen its GDP contract 50% in the last five years as a result of the ongoing economic and political crisis.

"We are doing some work, studying the Venezuelan economy, thinking about what the appropriate policies would be to re-establish a process of sustained growth,” Werner told reporters after delivering a speech in Peruvian capital Lima, adding that the IMF is always ready to help member nations "when they request it," news agency EFE reported.

"We see how Venezuela has had a contraction of its [GDP] of 50% in the last five years," said the official, noting that such an extreme impact on economic growth is typically only when there is an armed conflict or civil war.

Werner added that Venezuela’s recovery "is going to take many, many years, with an enormous effort.”

As such, he said the first actions would humanitarian in nature, coming "before rebuilding of the economy.”

The cost of getting Venezuela back on economic track could be as high as US$70bn, according to economist Miguel Ángel Santos of Harvard University’s Center for International Development, as reported in Venezuelan daily El Universal.

Werner said a possibility would be an extraordinary IMF fund for catastrophes and war situations, which could amount to between US$60bn and US$70bn, This fund could be supplemented with donations from friendly countries, he added.

Mexican statistics agency (Inegi) reported April CPI reached 0.05% on a monthly basis, bringing annual inflation to 4.41%, with tourism and seasonal impacts pushing the 12-month reading to its highest level so far in 2019.

The annual inflation rate exited the central bank’s target range of 2-4% after reaching the top of the range in March at 4.00%. The monthly reading was on the low side of analysts' expectations.

Local lender Banorte, in a note, said it had forecast 0.10% month-on-month inflation, reporting a consensus forecast of 0.06%.

“Inflation during the period was driven by the start of electricity tariff discounts, compensated by higher airfares and tourism services due to the Easter holiday, along pressures in some goods,” wrote Banorte.

The bank noted that market participants are now beginning to price in smaller interest rate cuts ahead as analysts continue to call for the central bank to cut rates in the fourth quarter.

Banorte in the note added it expects headline inflation to decrease in coming months, with its year-end forecast unchanged at 3.5%.

The bank added, “Going forward, we will be vigilant of: (1) Announcements of the amount of gasoline subsidies, given the decrease in retail prices since the second half of March; (2) dynamics in agro prices, which remain relatively low but could start climbing given their cyclical nature of the index. In particular, the potential impact that the reintroduction of tariffs by the US on Mexican tomato exports; and (3) the performance of processed foods and other services at the core level.”

Mexico's more than 1,500 non-banking financial institutions are facing new funding constraints due to the pandemic, and major players are already m...

Where Scotiabank sees opportunities in 2021

“With any crisis comes opportunity,” says the CEO of Scotiabank, which has key Latin American operations in Mexico, Colombia, Chile and Peru.

Banorte and Rappi present RappiCard, the credit card of their strategic alliance

Santander México included in the Dow Jones Sustainability Index, for its outstanding performance in sustainability ...