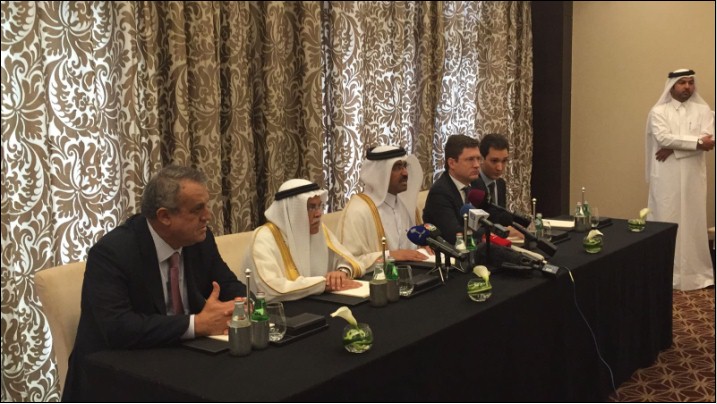 Major global oil producers Saudi Arabia, Qatar, Russia and Venezuela have agreed to set a cap on production in a bid to fight plummeting oil prices.

In a meeting in Doha, the oil ministers of the countries agreed not to raise production over January levels.

The meeting was historic in that it involved an agreement between OPEC nations and Russia, a non-OPEC nation, the first such agreement in 15 years and a sign of willingness to cooperate across the board to combat the price drop.

OPEC and Russia combine to account for just under half of global oil production.

Venezuela's oil minister Eulogio Del Pino said in an official release that meetings were planned with Iran and Iraq on Wednesday in Tehran to work on expanding the agreement.

The oil price budged slightly with the news. WTI was trading at about US$30/b on Tuesday.

Though the news is a renewed sign that major oil producers are willing to act together, Russia's production in January was close to 11Mb/d, a record for the country, while Iran is set to add 300-400,000b/d of new oil this year.

"It's very important to reach prices that are just and make investment in production sustainable," Del Pino said.